Embodying the Spirit of True Leadership 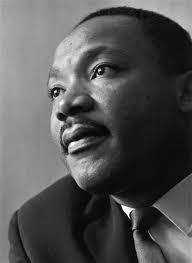 That was one of many great statements made -- and lived -- by pioneering civil rights leader Martin Luther King, Jr.

And now, for the 20th year running, Edinboro University of Pennsylvania is seeking to put a spotlight on the works and accomplishments of local people who put King's legacy into living practice.

Until 4:30 p.m. on Friday, Dec. 4, EUP will continue accepting nominations for the recipient of its 20th annual Martin Luther King, Jr. Award.

"Nominees should be individuals whose contributions to society reflect the spirit, philosophy and teachings of Martin Luther King, Jr. ... particularly in the areas of social justice, social activism, and/or peace initiatives," officials said in a recent news release.

Nominations must contain an in-depth, narrative description (with specific examples) of the nominee's achievements and contributions to society, according to officials, along with contact information for both the nominator and nominee.

And remember: To be eligible for consideration, all nominations must be received by 4:30 p.m. on Friday, Dec. 4.