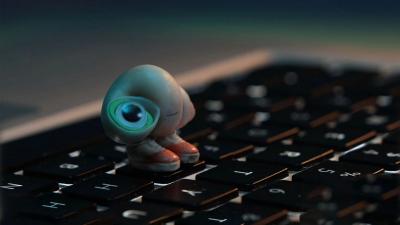 Roger Ebert once called the cinema an "empathy machine" where people can see life through the eyes of someone else. Independent movie studios like A24 have taken that to the highest degree and often ask us to see life through something we never imagined … like a googly-eyed seashell. And Marcel the Shell with Shoes On is definitely full of life that will have audiences laughing, crying, and everything in between. It is the true definition of a movie for kids and adults alike.

Based on the YouTube short films by Dean Fleischer-Camp and Jenny Slate, the film follows Marcel (voiced by Jenny Slate), a one-inch shell wearing tennis shoes as he goes about his daily life as filmed by a documentarian (Dean Fleischer-Camp) who wishes to tell Marcel's story. We learn that he was once part of a large community of shells but the rest were swept away, leaving behind only Marcel and his grandmother (voiced by Isabella Rossellini). As Marcel's story becomes an Internet sensation, he begins to learn that this is an opportunity to find his family.

The documentary style of filming gives the cinematography a hazy, lived-in look, and Slate voices Marcel with a very childlike sense of naivety, making it much funnier when Marcel lets out occasional words of great wisdom. The story itself is so simple yet so effective that it's impossible not to get hooked. The film can be almost overbearingly sweet, but in these times when cynicism and irony so permeate our movies, maybe overbearingly sweet is just the thing we need.