On April 16, join scientists and community leaders to learn how ongoing violations are affecting us all. 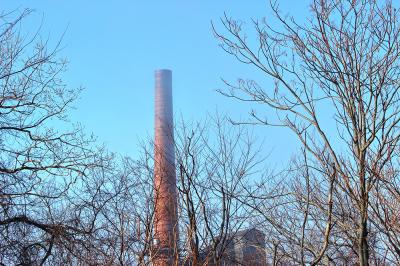 Events involving the Erie Coke Corporation, including a recent chemical spill, have drawn the ire of both nearby residents and community leaders. On April 16, activist groups HECA and GASP will update the public on the latest on this issue.

If you've found it challenging to keep up with recent news about Erie Coke Corporation, you're not alone.

March 31 brought news of a chemical spill inside the plant, followed by a Pennsylvania Department of Environmental Protection (DEP) administrative order filed on April 1.

According to the DEP, a tank that had been repaired on March 19 failed again on March 31, "causing a large volume of wastewater to be released onto the ground and into surrounding structures at the facility." This wastewater "contains, among other regulated substances, benzene and naphthalene, ammonia, and cyanide."

The DEP order details additional violations in conjunction with this chemical spill, adding to 53 infractions identified in a DEP administrative order from Feb. 4. Erie Coke has appealed the earlier order.

Then on April 3, Erie City Council unanimously supported a resolution proposed by Councilwoman Kathy Schaaf to send a formal letter to the DEP. Mayor Schember said "I totally agree," adding that Erie Coke either needs to operate in compliance or be shut down. "And I will send a letter to that effect to Gov. Wolf," he added.

Council's powerful letter to DEP emphasizes that "Erie's economic and social equity aspirations don't equate with news of repeated industrial violations, daily sooty airborne stains wafting over our waterfront and neighborhoods, and foul odors that cause residents to retreat into their homes and offices."

Increased political pressure is obviously essential. But as more details emerge, an informed and active Erie community remains the most critical element in ensuring our city's health is protected to the fullest extent of the law.

So on Tuesday, April 16, from 6:30 to 8 p.m., Hold Erie Coke Accountable (HECA) is partnering with the Group Against Smog and Pollution (GASP) to "update the public on Erie Coke's ongoing violations and the high stakes impact for Erie's quality of life and prosperity," according to a press release.

This "Erie Coke Plant Community Impact Update" will be held at the East Middle School Auditorium, 1001 Atkins St., and is free and open to the public.

According to HECA, a panel of environmental scientists will address Erie Coke's operation and impact on air quality, water quality, and soil contamination. Panelists will also discuss the recent closing of Erie Coke's sister plant in Tonawanda, N.Y., and insights regarding ongoing enforcement actions by our DEP.

Principal presenters will be Mike Campbell, Ph.D., a science and biology professor at Mercyhurst University who researches water quality issues, and Michelle Homan, Ph.D. of Gannon University, an environmental science and engineering researcher who tackles air quality concerns—both core members of HECA. Representing GASP will be Executive Director Rachel Filippini and Staff Attorney Ned Mulcahy, who will review regulatory affairs specific to coke facilities and their impacts relative to a healthy population, environment, and economy.

Economic impacts of coke facilities ought to be compelling even to those who don't consider themselves environmentalists, as we seek to improve Erie's economy and appeal to investors. In communities surrounding other coke facilities, the choice between a jobs-providing corporation and clean air is often painted in black and white, as I wrote in "Clearing the Air" nearly two years ago. But demanding that a corporation like Erie Coke operate in accordance with existing laws and regulations is simply holding it to the same standards we all must honor in a just and civil community.

It's the kind of community we and the kind we have a right to demand.

After we went to print, we learned that the DEP sent a letter to Erie Coke noting further recent violations of its operating permit, and HECA announced that they will begin to conduct soil sampling near the plant. Find out more at East Middle School on April 16.

How You Can Help

Stay tuned for more information in upcoming issues of the *Reader. – KC