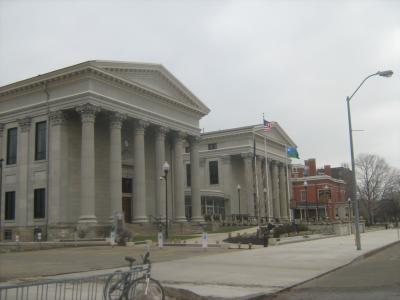 The Erie County Department of Voter Registration today posted a document on its website listing the major party candidates whose names will appear on the primary election ballot; the last day for candidates interested in running for city, county, township and boro offices to file was March 8. While no more major party candidates can be included on the ballot after this date, candidates can, and sometimes do, withdraw from a race, so check in with us often for up-to-date listings.

As of 5 p.m., the following major party candidates had qualified to run for the following offices in their respective municipalities:

Erie City Council (vote for no more than three)

Erie City Council (vote for one) - This seat is a two-year term to fill the late Jim Thompson's seat.

Erie School Directors-at-Large (vote for no more than five)

Candidates filed paperwork to run for offices in a multitude of other municipal election districts, as well as in the Magisterial District races; consult the Erie County 2011 Municipal Primary Candidate List for more information. These municipal races will take place in the following jurisdictions: