178 new cases were reported today along with four new deaths 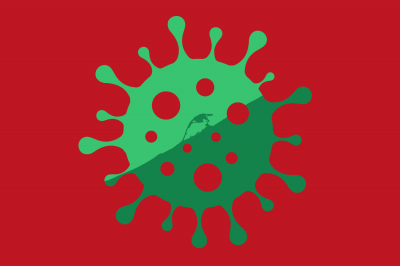 There were four new deaths reported in the last 24 hours. There been 45 deaths in the last week, which account for one-fifth of the cumulative total of deaths in Erie County occurring this week alone, for an average of more than six deaths per day.

There have been 215 total Erie County deaths reported through the National Electronic Disease Surveillance System (NEDSS), with 35 deaths occurring in this week.

Last week, 35 deaths were reported, with 53 the previous week. The number of deaths during the last three weeks account for nearly 62% of our total number of deaths since the pandemic began.

According to the county, there have been 1,483 new positive cases in the past week (14.1% of our total cases), with an average of nearly 212 cases being reported each day.

More than 29% of our total positive cases have been reported in the last two weeks alone.

There have been 100 or more new cases reported each day from Nov. 11 onward.

During the Dec. 23 broadcast, Erie County Department of Health Director Melissa Lyon addressed the discrepancies between the county and state data figures. She cited the use of both NEDSS (used by the county) and the Electronic Death Registry System and the differences between them – such as some rural hospitals not being able to report all their deaths and multiple delays resulting from things such as place of residency and place of death. Lyon explained that the county will continue to use NEDSS as it has traditionally.

According to the PA Department of Health, there are 141 patients hospitalized with COVID-19 (up three from last week) and 16 patients on ventilators (also up three).

Dahlkemper explained that at this time, there was no discussion of extending Pennsylvania's targeted mitigation orders (scheduled to end Jan. 4) and that the vast majority of local businesses have been compliant.

Ashtabula County's cumulative total is 3,597 positive cases (up 298 this week) and 65 deaths (no change since last week).

Dahlkemper stated that there will be no weekly press briefing on Wednesday, Dec. 30 and will return Wednesday, Jan 6.