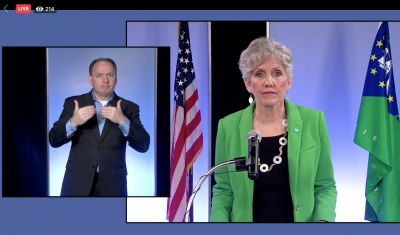 There were four new lab-confirmed cases of COVID-19 reported in Erie County, bringing the total to 62, with 1,351 negative tests. One patient is in their 20s, two in their 40s, and one is in their 50s. Erie County Executive Kathy Dahlkemper reported that there are also three probable cases (as-of-yet untested), bringing that total to 65. Three of these new cases are in Zone 1 (the City of Erie) and one is in Zone 4 (the southeastern section of the county which includes Union City and Waterford).

To date, there are 35 recovered cases, for a total of 27 lab-confirmed active cases. To date, there have been no recorded deaths in Erie County due to COVID-19.

Out of the 62, the age breakdown is as follows,

Data was not available at this time for a breakdown of race.

PA Secretary of Health, Dr. Rachel Levine reported that there were 1,156 new cases statewide, for a total of 35,684. So far, there were 58 deaths yesterday due to COVID-19, for a total of 1,622 deaths (which now factors in probable deaths). To date, 136,272 individuals have tested negative.

Crawford County has 17 cases, while McKean County has five. Warren County has two cases with one death, with more information on that to follow.

It was cited that the Environmental Task Force responded to 40 claims yesterday.

Dahlkemper went on to note the proper recommended practices for businesses regarding masks (with differing policies tailored from business to business). She suggested wearing one mask per day and placing them into a paper bag at the end of that day to be cleaned or disposed of (depending on the type of mask).

Dahlkemper also encouraged Erie County residents to complete the 2020 Census. So far, the response has been an estimated 50% for the city and 57% for the county. She also noted that the 2020 Census was hiring, with positions starting at $16 an hour.

When asked about compliance with the statewide mask order, Dahlkemper noted that "we are pleased with the compliance. It always can be better, but for the first few days we are actually very pleased." She stated that the task force would be doing spot-checking and observing businesses to ensure increased compliance. Earlier in the address, she commented that "it's going to be universal masking for months and months ahead."

"This community is still doing great. We are working hard together to keep our numbers down," she concluded.