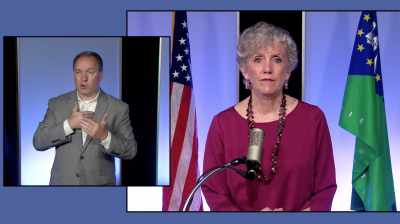 The past four days have shown no severe spikes in new cases. The week's breakdown of new cases has been:

17 new cases on Friday and Saturday, eight on Sunday, nine on Monday, four on Tuesday, and six today.

Erie County's cumulative positive case total has more than doubled since May 27. By our math, there have been 151 new cases reported over the last 14 days, for a ratio of about 55 cases per 100,000 people in the last 14 days.

*Percentages may not equal 100% due to rounding.

Breakdown by race and ethnicity:

50% Caucasian/White (because of the NEDS classification within this category, this includes the Hispanic/Latinx population, comprising 11% of this portion, with 8% unknown)

Dahlkemper spoke to reports of Erie County Department of Health officials making undercover inspections to businesses and clarified that any actual officials would be wearing their county-issued photo identification, and (likely) an ECDH shirt.

Outside of Erie County's statistics, Pennsylvania, saw 335 additional positive cases reported today, for a total of 79,818 total cases, for a weekly average of 424 new cases per day. So far, there have been 6319 deaths statewide, with an average of nearly 37 deaths per day. 533,013 patients have tested negative to date, with an average of 9,383 tests cataloged per day.

Erie County's negative tests account for 1.6% of Pennsylvania's (a 0.1% increase since last week), while its population accounts for 2.15%.

Erie County's new cases have accounted for 2.3% of Pennsylvania's (a 0.1% decrease since last week). Erie County's positive cases account for 0.6% of the state's cumulative cases (for an increase of 0.7% this week).