by Nick Warren
View ProfileTwitterInstagramRSS Feed
May 22, 2020 at 4:10 PM 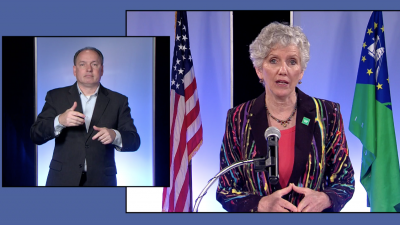 Erie County Executive Kathy Dahlkemper began her press conference today by offering condolences to the family and loved ones of Barry Grossman, who passed away yesterday. Prior to Dahlkemper, Grossman held the office of Erie County Executive for one term beginning in 2010. "Barry truly cared about this community," Dahlkemper shared. "He was an entrepreneur – owning and operating several businesses throughout his career in Erie County – as well as a respected professor, historian, lecturer, and attorney." She also praised his efforts to bring a community college to the county.

This brings the county to a total of 191 cumulative positives, with 3,658 negatives (100 more than the previous day), and 121 recovered cases (for a total of 62 current active cases). So far, there have been three deaths of Erie County residents reported due to COVID-19, with a fourth still being reported by the state.

Dahlkemper warned against Memorial Day gatherings, with strict social distancing guidelines to be followed in case they do happen in-person.