Erie, It's High Time We Make Some Tough Choices About Our Future

Because if we don't, we may not have a future to argue over, as 2016 goes out with a whimper and not a bang. 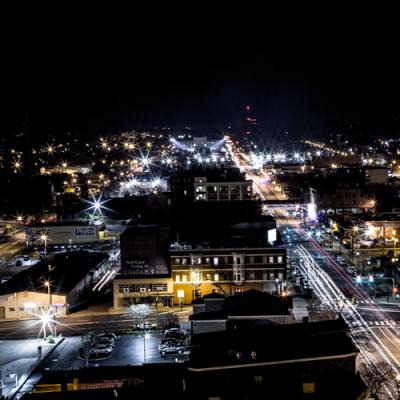 Esquire published a feature last month in which the staff worked with some of the big fish at Brookings, the Washington, D.C.-based think tank. The Hearst Corporation-published monthly magazine that dates back to 1933 described Brookings as "a bullshit-free zone of critical inquiry, original research, and public-policy solution for one hundred years. Home to three hundred experts and thinkers on nearly every topic of national and global import, Brookings is nonpartisan, nonprofit, and all ideas, all the time."

The feature explored choices facing Americans in the coming year. Absent was the upcoming presidential election, because let's face it: That's taken the lion's share of mainstream coverage, often distracting Americans from other pressing concerns.

The choices outlined in Esquire with the help of Brookings encapsulate the kind of future Americans want for their country and for themselves. The issues include climate change, corporate tax loopholes, infrastructure, immigration, legalization of marijuana, and more; and it all leads up to a simple, yet pressing question: Should we make America great again?

Instead of writing a book report on this significant, well-argued, well-thought-out feature, I'll say you ought to read it. To make it even easier, I've provided the link [http://www.brookings.edu/~/media/Blogs/brookings-now/2015/11/Future-of-America-Esquire-Dec-2015.pdf?la=en] to the piece at ErieReader.com.

Similarly themed and also available at [http://www.eriereader.com/article/2015-the-year-of] is the column I wrote in the year-end issue of the Reader, where I tried to label 2015 as the Year Of Something-Or-Other. Here's the gist:

"Perhaps labeling 2015 – especially for Erie – is so damn difficult because we're looking back, retroactively attempting to make sense of 365 disjointed days. We're ascribing a narrative to a story already written … Let's start locally and declare what we want to see and – more importantly – what we want to do in Erie during 2016 …  Otherwise, we're staring down the past while the future passes us, only to become the past we evaluate next year."

The essence of the Esquire/Brookings report on Americans' choices can be distilled on the local level and applied to Erie. We also face unavoidable opportunities to make choices that will define Erie and its future.

And this year we even get an extra day.

Erie, too, has a critical upcoming election – worthy of extensive scrutiny and coverage – to which many eyes, column inches, and soundbites will be devoted. The next mayor of Erie will very likely determine the next decade in the short-term and could end up influencing the next several decades in the long-term. But it isn't the only choice we have to make regarding this city's and region's destinies.

"We forget this at our peril: America is not an act of God. America is an act of will," reads the introduction of the Esquire/Brookings feature.

So it's time we who have the will in Erie look at the tough choices we must make this year about our future. Because if we don't, we may not have a future to argue over, as 2016 goes out with a whimper and not a bang. That's why this column will focus on the tough choices of 2016 and I invite you to be part of it.

Like the Socratic conclusion drawn by Esquire/Brookings, we must ask ourselves: Should we make Erie great again? But as that piece points out in the national case, this question reveals two key things: First, Erie isn't great already; and second, greatness should extend to all Erieites – not just a select few.

Although many small-business owners on the come-up, refugees with a new lease on life, and appreciators of sunsets over water will tell you Erie's pretty damn good, we can all agree that Erie could be better.

We can agree further that the definition of greatness is determined largely by which Erie – the inner city, the sprawled suburbs, or the rural extensions spiderwebbing deep into the county – you call home. "Greatness" even differs between those who live west of State Street and those who live east of the urban divide.

So Erie, it's time we look ahead and declare 2016 the Year of Choices. We must remember that progress is an Act of Will, not an Act of God. But we must also remember that taking no action – thereby letting the city wither from an indifference-fueled drought – is also a choice.