Erie Reader Editor Puts Money (Not Ice-Water) Where Mouth Is

After penning an anti-Ice Bucket Challenge op-ed, Ben Speggen was issued the #IceBucketChallenge 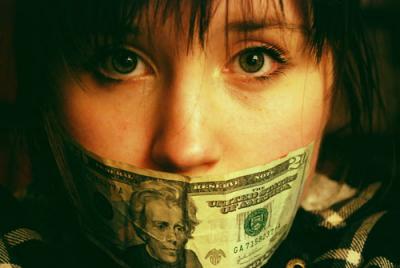 In case you missed it, I couldn't sleep the other night. Maybe it was excitement over this weekend's CelebrateErie (The Eric Brewer and Doug Phillips-led Erie All Stars, to be specific). Maybe it was because of the unrest in Ferguson. Maybe it was from watching the Internet still try to make sense of Robin Williams' death. Maybe it was something else.

Whatever it was, I sat down at my computer, and after browsing for a bit, decided to pen a commentary on the Ice Bucket Challenge, in which I asked people to Please Stop Wasting Water and Guilting People Into Donating. Rather than re-hash my case for you here, give the piece a quick read if you haven't already. And to see where the conversation's headed, you can check out the Erie Reader's Facebook page, where some people are agreeing with me and others are not.

Whether you saw what would happen next coming or not, it came: People issued the #IceBucketChallenge to me.

Alex Sibley challenged me on Twitter. On Facebook, Breanna Lynn called me out -- since after all, I had written that if the challenge were issued to me, I would donate a hundred bucks instead of dumping ice-water on my head.

My reasoning was -- and still is -- that this challenge is being presented as an either-or option -- as in, either donate a Benjamin or dump water on yourself (with the option to still donate, although generally less -- a Hamilton or a Jackson per se) and challenge three other people, who then have 24 hours to respond by donating or videoing themselves getting an ice shower.

So here's my response to the challenge: 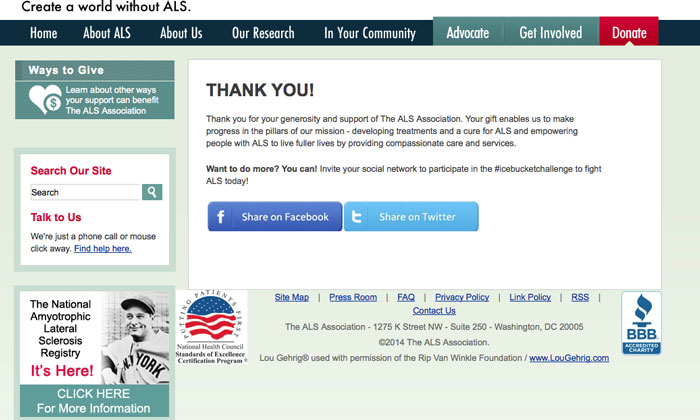 Rather than getting a bucket, buying some ice, putting said ice in said bucket, videoing myself explaining that I got challenged, listing three people I want to challenge, and then dumping the bucket and its chilly contents on myself, I grabbed my wallet, took out a credit card, and put my money where my mouth is.

Thank you to all of those who took the time to read my original thoughts on the #IceBucketChallenge. And thanks to those who are still engaged in a conversation about it. Thanks, too, to Alex and Brianna for challenging me. And thanks -- most of all -- to people who are donating their money, their time, their energy, their being to making this world a better place to live in.

As for the next challenges, I challenge myself to keep believing that although this world is broken, it is also beautiful and not beyond repair. Whichever will prevail -- beauty or brokenness -- is entirely up to us and I won't stop working for the former by fixing the latter.

I challenge all of you think long-term, not short-term here. One bucket of ice or a hundred bucks are both just a drop in the proverbial bucket on the macro level.

If you're digging the awareness, the camaraderie, the sense of solidarity the #IceBucketChallenge has created, start investing your creativity and energy in developing a way to meld social media and activitism. If you're not digging the #IceBucketChallenge in particular, speak up and offer what you think to be better alternatives and then take action.

After all, none of us wants to see ALS, Cancer, Alzheimer's, Parkinson's, poverty, famine, drought, war, or more win. And the only way we can ensure they don't is by continuing to roll up our sleeves and getting to work.

If you want to make a donation to the ALS Association, please visit: www.alsa.org/donate.