Erie, To be or not to be: A week away

Toby Keller evaluates his relationship with the Gem City from a bit of distance in this week's post. 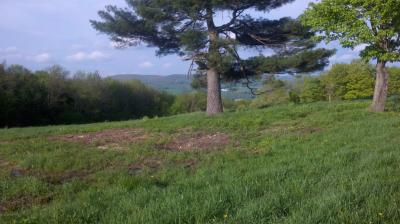 They say that absence makes the heart grow fonder. I'm not sure who they are, or what they're talking about. They also say that you don't know what you have until you've lost it.

In my opinion, these statements are too general to be true. If you're smart, you know exactly what something is worth when you hold it, whether it's a girl, a coin, a beer, or a memory. But I take their point—whoever they are. When you miss something, when you leave something behind, or put some distance between yourself and that thing, you have the perspective to see it differently. Your mind is able to shape it in accordance with your subconscious and in comparison to the new things around you. You start to realize details about it that you never had before, you get a better understanding of its true place in your life. I suppose, by definition, you can't miss something until it's gone.

A girl left me. Suddenly I forgot about all the times we fought and I managed to push the evil, maniacal, disloyal, pitiless actions of her out of my memory. I was left with a broken heart, thinking about her smile and how she felt so warm with my arms around her—all that noise. Thankfully, I was smart enough to pull myself out of that delusional thought-bubble and understand that I was better off without those hassles, as good of a girl as she was.

Erie has never been like that for me. I wouldn't have been able to say that I had ever missed her. I had never left her and then been haunted by a fond memory we had together. Usually, when I do leave her, I'm glad to be away. I drive east towards Warren, into the rolling hills with a smile as I get farther down country roads. I had never longed to walk her streets, sit on her beaches, or to interact with her people. I've also never considered her home.

This week, I had to go back to Russell, a small town where I grew up outside of Warren, to work in the Northwest Savings Bank warehouse. On Sunday, as I packed my bags and loaded my car, I looked north toward Lake Erie. I was just able to see her, laying on the horizon over the hill, and I felt, if only for a second, that I was leaving my home to go back to my parent's house—instead of leaving Erie to go home.

As I've worked this week in Warren, I've caught myself wondering what I would be doing if I were with Erie. Would the day be going by faster with all the movement on Peach Street? Would I be seeing these clouds, only spectacularly accented and highlighted by the lake? What would Erie and I be doing after work: a drink at the Plymouth or a walk through the gorge to relax?

It seems I do miss her. Lord knows, I'll be coming back. Sometimes I wonder, though, if she's thinking about me. If she even notices that I'm gone as she smiles through the bright beginning of June, while she's dancing downtown in the back room of Sluggers, or lining up shots of Wild Turkey for the boys at Chipper's Tavern.

Toby Keller can be reached at tkeller@eriereader.com.
Previous entries and other work of his can be found here.