The University of British Columbia may have said Erie is an "unhappy" city. We happen to disagree! 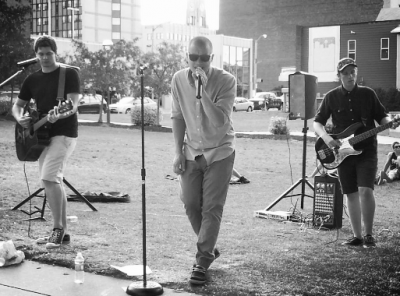 Early last week a study released by the University of British Columbia found that Erie, Pennsylvania is the third most unhappy city of its size.

The headline was a bit deceiving.

What the study actually said was that people who lived in Erie - and other "unhappy" cities - did so for decent paying jobs and low cost of living rather than choosing to live here for some other form of self satisfaction.

Not all bad, right?

Nevertheless, many in the region took this as an opportunity to put forth their narrow world view on the topic.

So I thought I'd take a moment to offer somewhat of a week in review to talk about the many  wonderful things I encountered this week, friends and family in tow.

Let's start with a shout out to the many people taking part in The Gathering at Chaffee's, Discover Presque Isle, and all the great weekend activities throughout the region.

Friday night the Erie Seawolves won in front of a crowd nearly 5,000 strong. Before the game, sports fans and music fans got to hear the original, breezy, summer pop of Zach Knight in front of the stadium.

Zach is one of many people working within the Erie music scene, producing original music and attracting attention to both the region and the great talent living here.

Couple Zach with Howie Glover, who's been featured on several Erie Reader pages in the past few weeks, and you also begin to understand how dynamic the local arts and music scene.

Howie has made his mark producing music videos for the local hip-hop brass, but as the crowd that took in FILM at the Erie Art Museum found out on Wednesday night, Howie's talents are not limited to filming skateboarding and hip hop. He's an excellent narrative filmmaker as well.

8 Great Tuesdays, Thursday Block Parties, The Erie Zoo. Not into those? How about the ten-plus miles of free beach on Presque Isle or the community beaches along the county lakeshore, like Freeport Beach, where Elliot Spaeder landed after his 24 mile swim from Long Point, Ontario on Tuesday.

These are just a couple of the things that make me a H-A-P-P-Y happy member of the Erie community.  If none of these things does it for you, try waking up each morning, greeting the day with a breath of fire, taking three steps and snapping your way through the happy dance. You'll feel like a jackass, but you won't be unhappy. Then once an hour reflect on the first moments of your day and smile.

You live in a community with more amenities than many more affluent communities many times larger than Erie.

Embrace it. And once in a while say "Thank You."

Take a moment to comment and tell us what makes you happy in Erie. Because as Erie Reader editors and contributors have been reminding you since Issue 1, Erie has plenty to do and much to be thankful for.