Experience a Classical Landmark with 'Symphonie Fantastique' at the Warner Theatre 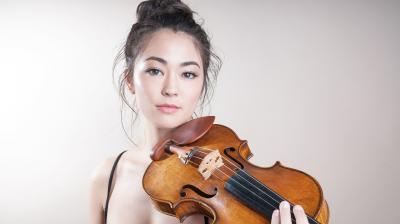 The Erie Philharmonic will be presenting Hector Berlioz' "Symphonie Fantastique," a program symphony inspired by its composer's infatuation for Shakespearean actress Harriett Smithson. Widely considered to be an essential piece of the early Romantic period, Hector Berlioz' "Symphonie Fantastique" was first performed at the Paris Conservatoire in 1830 and is often cited as one of the very first musical explorations of psychedelia.

The Erie Philharmonic's take on this influential piece will be conducted by Daniel Meyer and feature the debut of American violinist Simone Porter. The concert will open with Michael Torke's "Javelin," a piece composed for the 1996 Summer Olympics. This will transition into Porter's performance, which includes her versions of Prokofiev's "mysterious" Violin Concerto No. 1 and Ravel's "whimsical" miniature "Tzigane." The show is set to close with "Symphonie Fantastique," its titular piece of lush storytelling that remains unrivaled to this day. With some of our best musical minds at the helm, "Symphonie Fantastique" is classical venture likely to stick with audiences as one of the year's most impressive. — Aaron Mook