Glass Boys has plenty to like, notably the ringing walls of guitar on opener "Echo Boomer" the fuzzy outro of "Warm Change," and Abraham's ferocious growls on "Led By Hand." 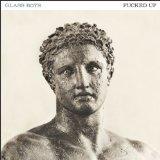 It's not quite fair to compare Fucked Up's new album Glass Boys to their last release, the sprawling and excellent David Comes to Life. In fact, the Canadian hardcore group seems quite content to not try and duplicate the highly conceptual work, instead trimming down on the overall length of and focusing on a hard-hitting, more straightforward album. It's understandable that Damian Abraham, Mike Haliechuk, and the rest of the Fucked Up crew have moved on from the ambitious concept idea, as they've already nailed it with David, but Glass Boys just doesn't seem nearly as interesting as its predecessor. That's not a major slight on Glass Boys, however, as the latest album has plenty to like, notably the ringing walls of guitar on opener "Echo Boomer" the fuzzy outro of "Warm Change," and Abraham's ferocious growls on "Led By Hand." Glass Boys may not be the epic that fans might expect from Fucked Up, but it sure is a rocker in its own right.