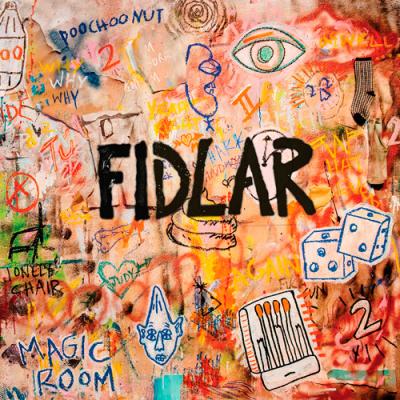 It's appropriate that FIDLAR is an acronym that stands for something not safe for work, because the L.A. garage punk outfit isn't for the faint of heart. Too, the band's second album, is a fiery adventure in hard-hitting rock 'n' roll that's sloppy on purpose. The foursome behind FIDLAR — Zac Carper, Brandon Schwartzel, Elvis Kuehn, and Max Kuehn — don't care if you want your music composed nicely; in fact, they'd probably come to your house, trash the place, and throw an impromptu party just to show you what their version of a good time looks like. On Too, FIDLAR's burst of energy makes for a good ol' time, a messy blend that would be right at home in a dingy basement packed with drunken kids who would rather thrash than care about future mortgages and copays. Not surprisingly, there's a lack of direction on Too, but the results are a blast if you like your rock nice and messy. — Alex Bieler