Film at the Erie Art Museum Closes Summer Season with: I Believe in Unicorns and Only Lovers Left Alive

Unicorns and vampires? FILM's got you covered, Erie.

by Alex Bieler
View ProfileFacebookTwitterInstagramGoogle+RSS Feed
August 20, 2014 at 7:10 AM 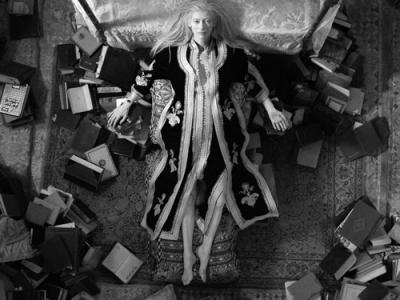 Another series of FILM at the Art Museum will come to an end this August, but not without showing a pair of critically acclaimed movies from 2014 to close out their latest string of high-quality productions.

The first film to be shown is Leah Meyerhoff's I Believe in Unicorns, the story of an imaginative teenager named Davina who finds solace in an exciting new relationship to take her mind off of having to care for her disabled mother – but not everything turns out to be as magical as she had hoped. In addition to presenting Meyerhoff's debut feature film, FILM will hold a Skype Q&A with lead actress Natalia Dyer after the movie.

While I Believe in Unicorns shows us a hopeful and imaginative life of a normal girl, FILM's final showing of the year is a grounded look at more fantastical characters. Jim Jarmusch's Only Lovers Left Alive focuses on a pair of vampires observing humanity in Detroit and Tangier, the duo's thirst for knowledge – and, y'know, blood – and a peaceful love story is interrupted by the disruptive sister of one of the undead.

Both movies start at 7 p.m., but doors will open at 6 p.m. for those interested in food, drinks, and pre-film conversation. Another FILM series will start in September, but you still have two chances to see some stellar new movies at the Art Museum before then. – Alex Bieler