See the real-life story, The Big Sick at the Bourbon Barrel. 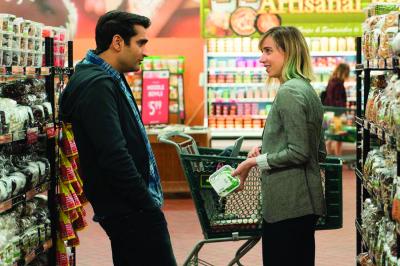 A real-life story weaving together the threads of comedy, race, love, and mortality, The Big Sick will be the fourth installment of the Film Society of Northwest Pennsylvania's Film Grain series at the Bourbon Barrel. The film centers around the relationship between comedian Kumail Nanjiani and writer/therapist Emily Gordon, the pair having co-written the script. Nanjiani essentially plays himself while Zoe Kazan plays Emily, renamed Gardner in the film. The two meet and begin a relationship, and just as things are starting to fall apart, Emily develops a lung infection and is placed into a coma. One of the best-reviewed comedies of 2017, The Big Sick is a heart-wrenching tragedy through a brilliant comic lens and vice versa. — Nick Warren