This week's FILM at the EAM stars Christoph Waltz and is directed by Terry Gilliam, who once again proves to be more than just a member of the Monty Python crew.

by Alex Bieler
View ProfileFacebookTwitterInstagramGoogle+RSS Feed
October 1, 2014 at 6:20 AM 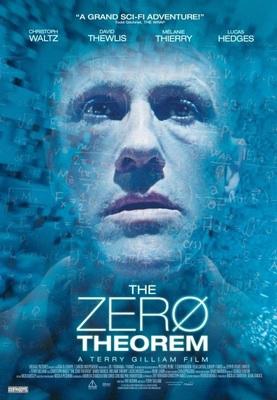 While Monty Python fans may remember Terry Gilliam as the sole American-born member of the beloved comedy crew, the man known as "Patsy" in Monty Python and the Holy Grail has spent the majority of his film career behind the camera. The Zero Theorem, the imaginative auteur's latest feature, will be shown as the third entry of the current season of FILM at the Erie Art Museum Wednesday, Oct. 1.

Released in 2013, The Zero Theorem stars two-time Academy Award-winner Christoph Waltz as Qohen Leth, a reclusive programming genius struggling with existential angst in a dystopian world. His search for the meaning of life leads him to work with The Neural Net Mancive, a massive supercomputer, to solve a mathematical formula called, unsurprisingly, The Zero Theorem. Fans of Gilliam's surrealistic style in his past movies won't be disappointed by the futuristic film, the third part of director's "Orwellian triptych" after 1985's Brazil and 1995's 12 Monkeys.

Gilliam has shown the film community that he's much more than just a member of Monty Python in the four decades since Holy Grail. Now you get the chance to see his continued evolution as a master of unusual camera angles and fantastical storytelling in The Zero Theorem at the Erie Art Museum.