by Nick Warren
View ProfileTwitterInstagramRSS Feed
June 20, 2018 at 10:30 AM 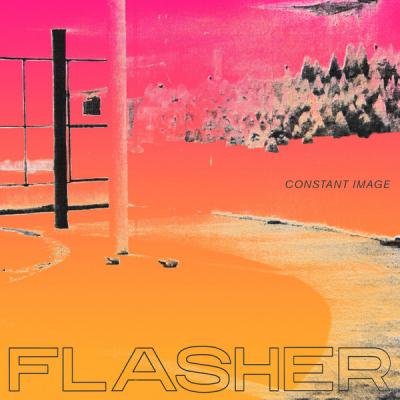 Almost immediately, Constant Image gets extremely fun. In fact, it could probably afford to be a little bit more immediate. While the opening track "Go" is, in itself, a wonderful song, "Pressure" showcases what the album really has to offer. The warm, vintage power of the band's uptempo tracks is almost gleeful, and incredibly welcome. Mix together New Wave and British power pop with some fuzzy post-punk and you get a rough approximation of the Washington D.C. trio's sound. The record is hook-heavy, anthemic, and glorious. It's hard not to start singing along to songs like "XYZ" even halfway before it's finished, the one-two punch of that and "Who's Got Time?" making for an aerobic endorphin release. Whether or not those releases are chemically sponsored is a gray area, as drug use, dissatisfaction, and escapism end up being repeated lyrical motifs. The band features ex-members of Priests, and is entirely composed of ex-Comet Ping Pong employees, the restaurant at the center of the "pizzagate" conspiracy. A truly remarkable debut, Flasher gives listeners a potent mix of uppers and downers, but manages to balance itself with authority.
— Nick Warren