Fleet Foxes hasn't really skipped a beat since their first record in 2011. 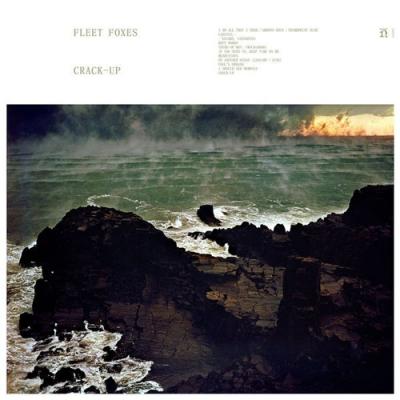 Considering that Crack-Up is Fleet Foxes' first record since 2011's Helplessness Blues, it's almost alarming to find that the band hasn't really skipped a beat. One of the most hyped indie folk bands nearly a decade ago, the Seattle quintet went on a loose hiatus between 2013 and 2016. After regrettably begetting Father John Misty (the band's drummer until 2012), the band remained relatively silent. For their third full-length album, the band returns with their indelible trademark sound. Softly sung by principal songwriter Robin Pecknold (often in four-part harmony with his bandmates), the band paints a picture with sweeping grandeur. Evoking a heartbreakingly timeless tone, each of the eleven tracks is a brilliant effort that fans of the band will find quick to embrace and immerse themselves in. The album, not content to simply replicate earlier works, actually raises the bar for band. This effort has all the complexity, the labyrinthian medieval musicianship, and the hazy wonder of days gone by that made a band with such a distinctly specific sound so popular. — Nick Warren