Debut album is a beacon of post-punk perfection 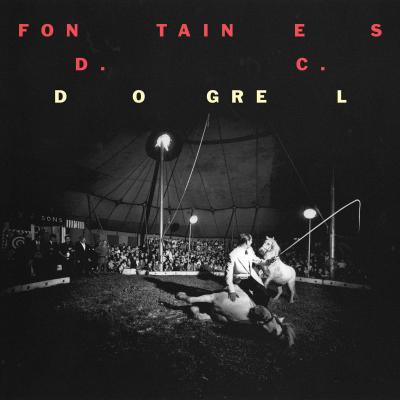 Aremarkable debut album from the Dublin, Ireland quintet, Dogrel is a beacon of post-punk perfection. It's also unapologetically Irish, with their hometown being the opening word of the album and the setting for the closing singalong track "Dublin City Sky." The name of the album itself "Dogrel" alludes to a breed of crude working-class verse in Ireland. It's a spot-on title, as the band blends literate, illustrative lyrics with a deceptively sloppy veneer. Singer Grian Chatten leans into his accent as well, his voice rough and frequently just off-key enough to elicit a punk rock attitude even in more subdued tracks like "Roy's Tune." That notion of "subdued" is relative of course, with the band backing up most tracks with a repetitive pounding of eighth notes, a pulsating uptempo rhythm showcased in tracks like "Too Real," "Hurricane Laughter," and "Boys in the Better Land." The last of those happens to be a standout track in a wholly exceptional album, and one of many tracks that seems — for better or worse — almost unfairly suited for a closing credits sequence, with just the right amount of danger, exhilaration, humor, and exquisitely building drama. — Nick Warren