Frank Turner's new album still pleases, but lacks some of the weight of England Keep My Bones. 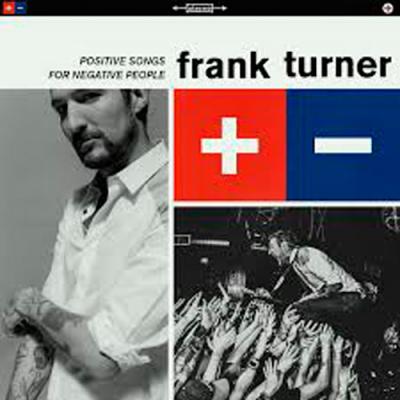 One of the big draws for Turner is that, even after his explosion in popularity both back in his native England and here in the States, he still seems like a genuine guy that would sit down and share a few drinks with you. That feeling is still present on Positive Songs for Negative People, providing that extra bit of heart that has helped make Turner such a lovable artist. As usual, Turner doesn't hold back on his latest album, belting out pub rockers with full conviction. However, while still rousing, these songs don't carry nearly the same weight as some of his works on albums like England Keep My Bones, which is as much of a compliment to his past work as it is a strike against his new material. Still, it's hard not to like Turner's earnestness, particularly on devastating album closer "Song for Josh." – Alex Bieler