Fans of the thoughtful, too-big-to-be-indie act the National will love this quintet of depressed Scots.

by Nick Warren
View ProfileTwitterInstagramRSS Feed
April 27, 2016 at 10:45 AM 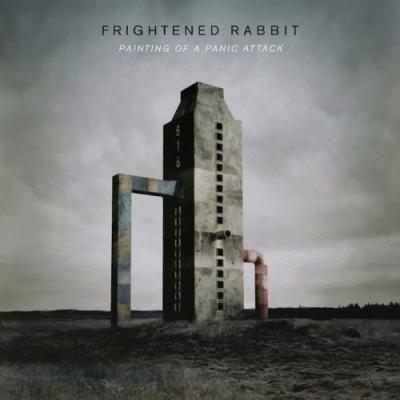 Painting of a Panic Attack

A simple phenomenon happens with most decent music, where the more you listen to it, the more you appreciate it. Usually, this is just the natural selection of musical taste. Frightened Rabbit is a brilliant band that really grows on you. In 2010, I was reviewing The Winter of Mixed Drinks, and that album forced itself into my life. After a handful of listens, I couldn't stop. I needed those songs. To this day, it's my most-listened-to album of the last 10 years (thanks for tracking that, Last.fm). There's a lot of comfort to be found in these songs, however uncomfortable they may be. Scott Hutchison's lyrics thrive on bleak cynicality and emotional numbness. Themes of addiction ("I Wish that I was Sober") and the ensemble's titular anxiety permeate their catalog. The actual sound of the band barely resembles the source material, though. Bright, upbeat-sounding pop tracks like "Break" don't warn the listener of what's a little deeper. This album is perfectly solid throughout, even the deluxe version (which contains a three-song addendum). Fans of the thoughtful, too-big-to-be-indie act the National will love this quintet of depressed Scots. – Nick Warren