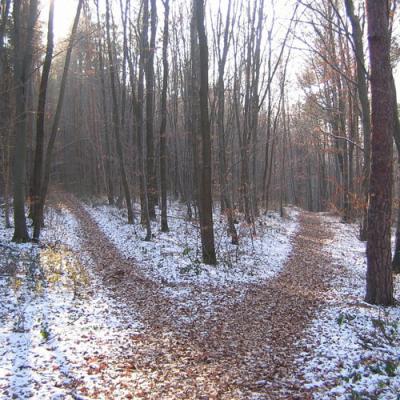 Erie has been at a crossroads for too long. As we begin to inch one way, toward innovation birthed from bold new ideas, something always seems to pull us in the other direction. It's as if the things that should be nothing but obstacles are becoming our destination. Crises have a gravity to them, pulling us in by the sheer weight of certain problems. Issues like the state of our public schools, the ongoing heroin epidemic, and the increase of economic blight must be properly treated not as our fate, but simply as problems to overcome on our way to a brighter future.

One of the most direct factors impacting our city's growth is its leadership. In this issue, Ben Speggen dives into the ideas behind our upcoming mayoral election.

One of the most direct factors impacting our city's growth is its leadership. In this issue, Ben Speggen dives into the ideas behind our upcoming mayoral election. With advice from James Fallows of The Atlantic, he establishes a strong foundation for this momentous decision. This, the first in a series, serves to underscore an ongoing focus for the Erie Reader until Election Day on Nov. 7.

For a closer look at an important financial issue impacting our city right now, read the op-ed from the Erie County Gaming Revenue Authority's Executive Director Perry Wood. He crunches the numbers, contrasting the positive effects of proper allocation of gaming revenue with the dangers posed by new legislation proposed in both Harrisburg and City Hall.

In this issue, we're also happy to welcome John Repp, as he offers up the first entries in a regular series of book reviews. You'll also find quite a healthy amount of event spotlights for those in search of worthwhile activities. In fact, this issue contains as many featured events as an average summer edition. Not too bad for the middle of winter.

So don't let the snow throw you off course. There are places to go, and roads to get there, literally and figuratively.

As for the future of our city, we have the necessary maps to get us where we need to be, the clearest being Erie Refocused, the comprehensive plan from Charles Buki of the Alexandria, Virginia-based firm czb. We have the examples of similar cities, some not far from here, that have successfully begun turning things around by reshaping their goals to accommodate our ever changing economy. And most importantly, we have the voice of the people. Capable of shifting massive tides, the dialogue created by informed citizens can be one of the most powerful forces on earth. It's up to us to speak up, do something, and take the right path.