A new future, a new way to be involved 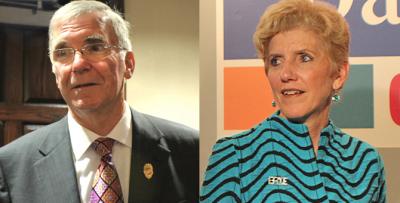 It's the day after the election, and we have chosen our next crop of leaders. This process has been the culmination of untold hours put in by candidates and, especially, their devoted volunteers. Dedicated citizens on both sides of the aisle are the lifeblood of the body politic. Today we can celebrate our hard-won victories, but we also have to look at the defeats and move on to the next battle. There's always another fight, and giving up is not an option for us.

Win or lose, it's time to forge ahead. There are things our new mayor, Joe Schember, must do to live up to his campaign promises. We need an executive office built on new ideas and community involvement. We need a leader to fight for Erie, not just be present, but active every day. The time for passivity is over, and should have been a long time ago. New leaders on Erie City Council and the Erie School Board (including Tyler Titus, Pennsylvania's first elected trans officical) are ready to take up the fight for the improvements we need as well. At a local level, most decisions aren't nearly as headline-grabbing as their national counterparts. They are, though, the decisions that affect you directly. Here in Erie, where voter turnout has been embarrassingly low of late, each of our votes matters that much more, and makes up a significantly larger percentage of the total number of ballots cast.

If you're disheartened by the results this year, get involved. You might find that there's more  room at the table than you think. Find a candidate you support and volunteer for them. If you can't find one, be one. Throughout Erie County, there were over 100 races where a candidate was running unopposed. There are even more than 30 races that remained totally uncontested, where no candidate was even on the ballot. There's room for more challengers, especially for those unsung roles outside the city limits.

At its best, ours is a system that provides the infrastructures that we use every single day, the programs that keep us alive, healthy, and happy, and the rights that every human being is afforded. If we pay attention and do our part, we can make sure that this strange world is the best place for every last one of us.

by The Editors2 hours ago
(or, how running a paper can feel like directing the worst movie ever made)