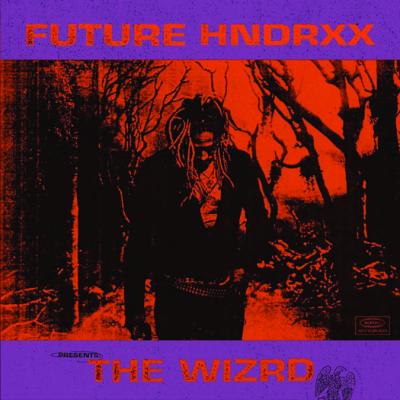 What is left to be said about Future's latest project that hasn't been said about his past work? Future Hndrxx Presents The WIZRD is simultaneously overstuffed and undercooked at 20 tracks, most of which hover around three minutes or less, with none in particular standing out as the prolific Atlanta rapper's next "Mask Off"-sized hit. Despite this initial disappointment, The WIZRD is completely listenable, a cohesive playlist that benefits from Future's typical aesthetic and beats that consistently come to work, if nothing else. There are highlights here; standouts "Temptation" and "Crushed Up" are ambitious singles that succeed in delivering memorable beats, while later on, tracks like "F&N" and "Baptiize" highlight the kind of head-turning beat switches that marked Travis Scott's ASTROWORLD just last year. Unfortunately, for each of these tracks that wouldn't feel out of place on a previous, more consistent project, there's one that feels slightly out of tune ("Call the Coroner"), or even worse, off-beat (opener "Never Stop"). The unwieldy record is also top-heavy, which unfortunately strains much of Future's energy and enthusiasm throughout the album's scattered B-side. — Aaron Mook

Keep It Classy And Buttoned Up With blouses.

by Symoné Crockett3/12/2021, 11:00 AM
Local post-hardcore band formed during quarantine has a killer new album to show for it