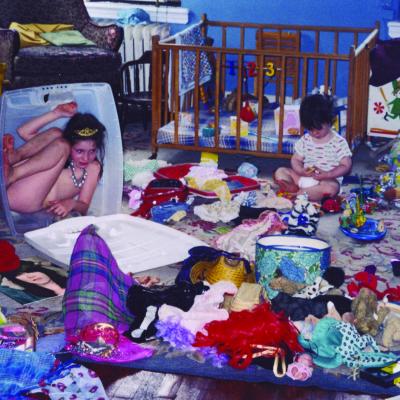 Opening with a minimal touch of piano reverberating in emptiness, "I Told You Everything" begins the album with a solemn, almost prayerful tone. It's a personal connection that Sharon Van Etten builds here, one that's strengthened by virtually every track. Remind Me Tomorrow is the fifth official album by the 37-year-old New Jersey songwriter (Van Etten recorded and self-released five albums prior to her formal debut, 2009's Because I Was In Love). This is also perhaps her strongest release in an already formidable career, and Remind Me Tomorrow serves should serve as an early benchmark for album of the year. Van Etten has long been a fountain of creativity and her latest output flows freely with it. This record notably shifts from a folk, almost alt-country vibe into a more modern indie pop sound, her haunting, evocative alto voice selling it all perfectly. From the synth nightmare-club sounds of "Memorial Day" to the triumphantly mournful pulses of "Hands," the record is a dark and alluring portrait. The highlight of the album is "Seventeen" a nostalgic blend that channels Arcade Fire's The Suburbs re-translated as a working-class Springsteen-esque anthem.— Nick Warren

Steve Gunn // The Unseen In Between