The chance to see Galactic Duo's Tony Grey and Ian Maciak should not be missed. 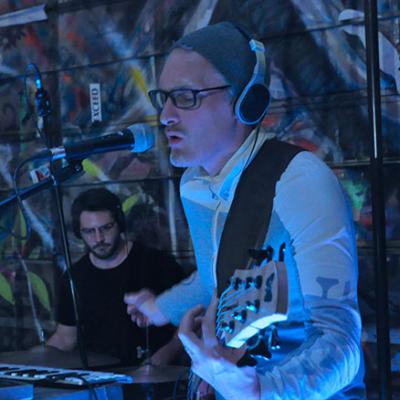 One of the jazz world's (and we mean the whole world's) most outstanding and in-demand bassists (Tony Grey) and one amazingly versatile percussionist (Ian Maciak) — a virtuoso combo known as the Galactic Duo — call Erie their home base, and for that reason, we should all listen up.

Need some proof of their credentials? Check this:

Originally from England, Grey attended Berklee College of Music in Boston where he was named an "outstanding performer." He's also earned a Jazz Album of the Year award for his album Unknown Angels from the Independent Music Awards, and an Outstanding Contribution to Jazz Education award by the International Association of Jazz Education.

They're two of the artists who make Erie's music scene plenty worth writing about, and any chance to see them should not be missed.

Oh yeah — he also spent more than four years touring with pianist Hirome, and has performed with jazz artists such as Herbie Hancock, Wayne Shorter, and many others. His most recent solo album, Elevation, was released in 2014 with a band that included his uncle and mentor, the legendary guitarist John McLaughlin.

Maciak is also undoubtedly possessed of the skills to pay the bills, blending complicated hip-hop beats with rhythmic virtuosity, and regularly collaborating (along with Grey) with musicians like Zack Orr of SpaceLounge Productions, Adam Holquist, and Stephen Trohoske, forming the trio known as Human Flux.

They're two of the artists who make Erie's music scene plenty worth writing about, and any chance to see them should not be missed.