Nothing goes better together during the holidays than family and gathering. 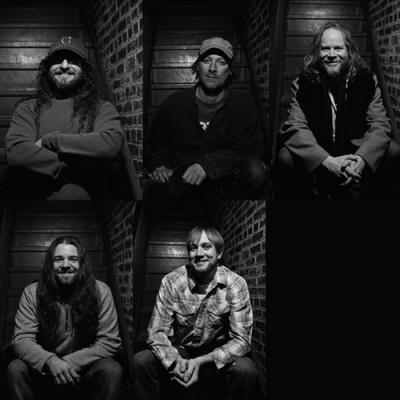 Nothing goes better together during the holidays than family and gathering. And when the family is the extended to include the Gathering at Chaffee's clan, and their gathering is at the King's Rook Club … well, it's gonna be merry and bright, alright.

With a healthy, heaping, two-set helping of jam-world legends ekoostik hookah added onto the plate, the 2017 Chaffee Gathering Family Christmas Party is really gonna be jolly, too, and, most likely, absolutely off the hook(ah).

While marking that special, celebrated/lamented time around the end of one year and the beginning of another, the Dec. 9 party also marks the approach of a new phase for hookah, a group that's been a preeminent powerhouse on the jam world-at-large for nearly three decades running. It's the next-to-last show together for the Columbus, Ohio-based band's current lineup, as bassist Phil Risko will be departing after their New Year's Eve blowout in Newark, Ohio.

That said, this being hookah's first visit to Erie in some time — and their first time ever at the Rook —founding vocalist/keyboardist/guitarist Dave Katz expects " there will be a lot of energy on stage."

"We've always enjoyed our shows in Erie," he says, "and it'll be cool getting into a venue we've never played before. …We're doing two sets and will be mixing it up as usual, bringing the crowd along with us on a musical journey through 26-plus years of our music."

And, there are more presents in store: Following the double-dose of hookah, another set of Ohio-based jam big shots, Jones for Revival, will be taking the Rook's upstairs stage to keep the Christmas party going.

Everyone's yule fires oughta be good and stoked after that.