Enter the captivating world of media that dives into criminal cases. 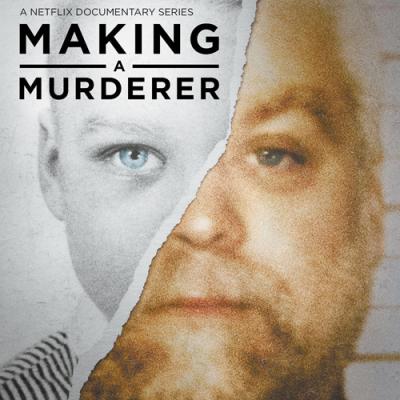 Making a Murderer is a Netflix documentary series about the wrongful imprisonment and subsequent murder trial of Wisconsin man Steven Avery. You have probably heard rumblings about this series around the various Internet feeding troughs, and rightfully so. Making a Murderer is captivating, frustrating, and woefully sad.

The show joins the ranks of such other intriguing media like Sarah Koenig's podcast Serial, or the HBO docu-series titled The Jinx. The first season of Serial is about Adnan Masud Syed, who was arrested and convicted for the murder of Hae Min Lee, his girlfriend. As Koenig investigates the case, many doubts are raised over the conviction, and Koenig ultimately ends the series still full of doubts. Making a Murderer, on the other hand, will leave viewers with their blood boiling as they witness the full force of the legal system wrongfully coming to bear against a poor family in Wisconsin.

Making a Murderer will leave viewers with their blood boiling as they witness the full force of the legal system wrongfully coming to bear against a poor family in Wisconsin.

I've become increasingly interested in media that dives into criminal cases. Obviously, it is fascinating to hear how the plot twists and turns as new evidence is uncovered. But more importantly, what many of these series do is highlight how institutions like the legal system can be used to serve justice, or misused to destroy lives or create injustice.

The HBO series The Jinx, is about the New York estate heir Robert Durst, whose wife went missing under dubious circumstances in 1982. He was arrested, after a multi-state manhunt, and convicted of dismemberment; but acquitted of the murder of his neighbor Morris Black in Texas in 2001. He was then arrested again In New Orleans in 2015 for the murder of writer Susan Berman, a longtime friend of his, which happened back in 2000.

The story about his first wife Kathleen's disappearance became the basis of the script for the film All Good Things, directed by Andrew Jarecki and starring Ryan Gosling as Robert Durst. After its debut in 2010, the real Durst saw the film, then called Jarecki and asked if he would be interested in doing a filmed interview with him. This opportunity was the first time anyone had a chance to interview Durst. So Jarecki did, and has thus created one of the most chilling and disarming documentary series I have ever watched.

Jarecki has created one of the most chilling and disarming documentary series I have ever watched.

Where Serial had me on the edge of my seat trying to figure out just who killed Hae Min Lee, and Making a Murderer had me raging for what appears to be the wrongful imprisonment of Steven Avery twice in his lifetime, The Jinx had me stupefied.

Stories like these remind me that sometimes the most unbelievable stories are the ones that really happened.