Geeked Out: The Force Awakens 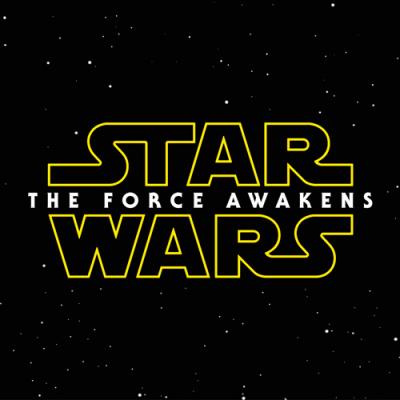 The final Star Wars trailer is out. Time to get hyped and then immediately temper our expectations. We've been hurt before, but let's not dwell on that just yet. First let's talk about how awesome it is that Star Wars is getting a new film. And so far, it's looking like everything we want it to be.

The tone in the latest trailer is perfect for those who love the original trilogy. What made Star Wars so special was the concept of the "old new." Yes it was the future, but it wasn't flashy; it was dirty. Things broke. Technology wasn't magic. That's not to say the Force didn't exist, but it existed to the common alien much like Harry Potter exists to us. Just stories.

This is perfectly captured by Han Solo throughout the three original films. It's why Harrison Ford's performance in the trailer is so powerful. When asked about the "stories of what really happened," he responds, "It's all true, all of it." Solo looks like a man who has seen some things.

Look, in the first film, he doesn't even believe in the force, chalking it up essentially to sleight of hand. In the second film, he watches Darth Vader effortlessly block his blaster shots, torture him using the Force, and then freeze him in carbonite. Then in Return of the Jedi, Luke singlehandedly saves him from Jaba the Hutt with just a laser sword. Now, we see an aged Hans Solo looking at the camera, hauntingly confirming the existence of the greatest urban legend of all time. A farm boy from Tatoonie destroyed two Death Stars and saved the galaxy from the Dark Side of the Force. Can't think of a better way to set the tone of what happened since Return of the Jedi.

But let us not forget the great betrayal of Episodes 1-3. When George Lucas returned to the trilogy to give us the story of Anakin Skywalker, he took us to a world where Jedi were everywhere!

But let us not forget the great betrayal of Episodes 1-3. When George Lucas returned to the trilogy to give us the story of Anakin Skywalker, he took us to a world where Jedi were everywhere! Jedi weren't novel or urban legends; they were a giant peacekeeping force. The world was shiny and technology was magic. Anakin was completely unlikeable and failed to portray the tragic hero he is. It also boringly delved deeply into politics. Damn you Jar Jar for getting played and giving Palpatine (The Emperor for those uninitiated) power, resulting in the genocide of the Jedi. You wonder why everyone hates you.

So we've been hurt before. The hype for Episode 1 was high. And the result was the beginning of a series of major bummers. Each film muddied the waters of what has become the cathedral of nerds and geeks around the world. Can JJ Abrams raise the series back up to its former glory? I sure hope so. And I swear, if that misty-eyed Harrison Ford performance turns out to be wasted, then no sin can be forgiven. I've watched the trailer countless times and I always get chills.