Gem City Revival might just stir up some of the spirit(s) inside you. 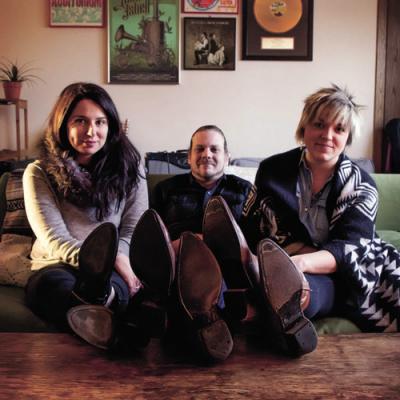 When it comes to the three gifted local musicians who make up the trio that is Gem City Revival, they say "happenstance made [us] friends, but hootenannies made [us] a band."

Well, hell, that's almost enough to make us like them already.

But there's more to dig with GCR: Each of its members — Abby Badach (fiddles, vocals), Pat Doyle (guitars, vocals), and Ang Phillips (guitar, vocals) — really are quite gifted. And, since coming together musically in early 2016, Gem City Revival has been keeping their hootenanny going in and around Erie with a bright, joyful, well-tended-to rendering of all kinds of alt-country goodness.

You down for that? Cool. They'll be bringing the Revival to The Brew Brothers at Presque Isle Downs & Casino as part of the casino venue's ongoing, weekly live entertainment series.

Whether you're into old songs with new soul or new songs with old soul, chances are pretty good Gem City Revival might just stir up some of the spirit(s) inside you (P.S., half-off drinks from 5 to 7 p.m.)