Getting to know Christina Alexander

When I began writing for the Erie Reader, my main goal was to try my best and feature Erie sports through an angle that could be perceived as different. 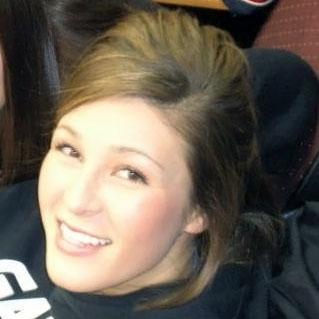 When I began writing for the Erie Reader about a month ago, my main goal was to try my best and feature Erie sports through an angle that could be perceived as different.

The truth is I can't.

I would be lying if I told you that I knew every minute detail of the goings-ons in a city that I once called home for four years.

I am proud to say that I'm a Gannon University alum. I gush with pride about my former lacrosse team and occasionally find myself going back to catch a game or meet up with friends over a drink. As one can imagine, moving back home to Syracuse, N.Y., has strained my ability to be more hand's on with the website and be in the trenches when it comes to covering athletics.

The truth is I'm not an actual journalist … yet.

In sports terms, I'm a rookie. Training is grueling at times and includes a lot of reading, writing and listening. Forget Gatorade, a medium double-double from Tim Horton's is my choice of drink.

Reading: Believe it or not, Twitter has provided me with a wide range of reading material, forcing myself outside the ESPN box. (Don't get me wrong, I continue to read Bill Simmons and Rick Reilly's columns, I've just branched out a bit.)

A majority of the journalists I follow 'tweet' other journalists' brilliant work. Link after link after link, the spread of information is incredible. Sports Illustrated's Richard Deitsch is a mastermind when it comes to giving praise to well-written articles.

I've been a part of King's reading audience for under a year now, and find it awe-inspiring the dedication and passion he has for writing and the National Football League.

One would think after being on a particular sports beat for so long that the drive would diminish. That isn't the case with King.

For my Green Bay fix, I travel out to Wisconsin for 10 minutes each day and read Jason Wilde.

The two weeks leading up to the Super Bowl, my Facebook news feed was filled with rabid Steeler fans, claiming that their seventh Lombardi Trophy was on its way back to Pittsburgh. I even got a few jabs directed towards myself on my personal page.

I remained cool on the outside, just ignoring the comments. But on the inside, the nerves ate away at my stomach lining.

I'm still convinced I had some sort of ulcer. The reason I say that is because after the victory, the pain had magically vanished.

After the Packers won the Super Bowl, I leaned on Wilde to supply me with all the post-celebratory fixings.

When I want to mix it up a bit and head over to the controversial side, FOX's Jason Whitlock does not disappoint.

Scattered on my bedroom floor are a couple of notebooks. Inside them, half-hearted sentences (the epitome of terrible grammar) outline thoughts that, at one point or another, swelled my cranium. Could-have-been blog posts are wasted. All because I was afraid to offend some player or team with my opinion. Yes, I had statistics to back it up, but I crumbled at the thought of being judged.

Read one of Whitlock's articles, if that doesn't give a person inspiration to not give a flying who-ha, I don't know what does.

Those are just a few of my favorites. I could go on, but I'll spare you.

Writing: Senior thesis: the final hurdle that stands in the way for a journalism-communications major. After a 45-plus minute presentation on sensational journalism, I had to sit in front of the firing squad, a three-person panel of my choice, and answer questions regarding my slideshow.

What came out of one of my professor's mouth is something I carry as motivation with me every single day:

"I've read your stuff in The Gannon Knight," he said. "It's all right."

The words stung me for a couple seconds -- like a bee sting -- then the pain subsided. I blinked, swallowed the lump in my throat, nodded my head and said, "OK."

What was there to say? I was just served a heavy-duty dose of constructive criticism. If you can't take the heat, you're in the wrong profession.

Walking out of that lecture room, I never felt so motivated to throw myself into my writing. If that meant describing what I ate for lunch in the cafeteria, I was going to do it.

Side note: I knew very early in my college career that I wanted absolutely no part of being on camera or operating camera equipment. (Or it could have been those F-bombs I dropped 'on-air' in class, who knows). Public speaking was another thing that sent me into a full-flux anxiety attack. There is just something about some words on paper that soothes me.

Listening: Routine is common for me. I live and die by the planner and at times, I get flustered when things get screwy. Fortunately, for my mother's sake, I've loosened up.

If I hear her "Chris, chill out, have a drink, will ya?" rant, I might just lose my marbles.

One thing that is a constant staple is my sports talk radio shows and podcasts.

Whether it is at work or working on my next article, I'm always digesting opinions, theories and statistics.

Those already in the field have the ability to watch games on multiple televisions and access to top-notch sources and researchers.

Many aspiring journalists don't have that advantage. That's why it is crucial to be well-rounded, listen to a variety of angles from experts, insiders and writers.

If I was to just limit myself to all things Syracuse, I would be doing a disservice to myself.

I know my introduction to the Erie Reader is only three articles too late, but I promise you one thing - I will write from the heart. I will share my opinions, thoughts, real life sports encounters with an audience just getting acquainted with me.