Erieites invited to partake not only today, but every day 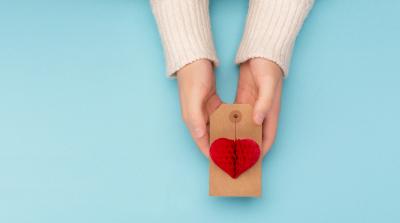 Tyr (aka Twiw), the Norse war god for whom Tuesday is named, is praised in myth for giving a hand to a wolf — literally. Tyr inserted into the mouth of Fenrir, the demonic canine in question, as a show of good faith that his fellow gods weren't up to any tricks. Of course, they were, and bound Fenrir in the unbreakable Gleipnir, a ribbon comprised of: the sound of a cat's footfall, the beard of a woman, the roots of a mountain, the sinews of a bear, the breath of a fish, and the spittle of a bird. Fenrir bit Tyr's hand off out of spite, but Tyr's community was grateful for his sacrifice.

That just goes to show you that the spirit of giving has been intertwined (inter-Twiw-ned?) with Tuesday for a long, long time. #GivingTuesday (with a hashtag) has only been around since 2012, but it's been similarly beneficial to communities around the world, with zero lost extremities to demon-wolves (that we know of). It was conceived by volunteers at the 92nd Street Y in New York City and its Belfer Center for Innovation and Social Impact, as a nonprofit-oriented contrast to the very profit-oriented Thanksgiving shopping weekend that preceded it.

Eight years later, #GivingTuesday has blossomed into a global movement governed by an independent profit of its own, with over 255 chapters in the United States alone. Its belief is that generosity spurs "greater social participation and other social pro-social behaviors," regardless of what form it takes. A donation to a local nonprofit is but one way to uplift one's community — volunteering, random acts of kindness, or bringing a smile to someone's face can all make an impact, a sort of goodwill ripple effect.

Erie does not have its own #GivingTuesday chapter — although nearby Pittsburgh (#GiveBigPittsburgh) and Cleveland (#GivingTuesdayCLE) do. Erie Gives, which is also held on a Tuesday (in August), is unaffiliated but has a similar mission. Nonetheless, Erieites are invited to give back to the community or a cause dear to them, because in a perfect world (Asgard or otherwise) generosity should know no bounds.

AmeriCorps offers these suggestions to safely lend a helping hand during the pandemic:

And although they are for-profit, support your local businesses. They're owned and staffed by family, friends, and neighbors, and we are a better community for having them. Thank Tyr.

Matt Swanseger's (mswanseger@eriereader.com) household she-wolf, Porscha, has never so much as made an attempt at his hand, but she does kindly accept other donations.