Gnosis Mines for Silver Matter at their CD Release Party

Erie favorites Gnosis have their new album in mind. 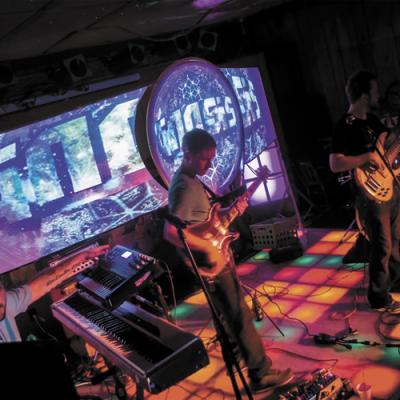 Erie favorites Gnosis have their new album in mind. The jam band's first full-length effort, Silver Matter will be available for the first time on Friday, Dec. 18, and Kings Rook Club will host the band's free celebration. Get your brain ready for a night of progressive instrumental improvisations and agile compositions.

At the end of January, the band launched an IndieGoGo page to help fund the record. Less than a month later, they exceeded their goal. Drummer Sam Edwards thanked their donors, updating that "We're so blessed to have the love and support to help us reach our next big goals!"

Crowdfunding completed, the band sat down with producer and Erie native, John Beveridge, at Walking and Chewing Gum Studios. Judging from the groove of "Shall We," listeners will be treated to a crisp recording that showcases their prowess as musicians.

Fans will be able to pick up the self-released album at the show. IndieGoGo donors will have the opportunity to see the fruits of their support right in time for the holidays. Be sure to also check out trance loopmaster Stereo Nest, who will open up the show. — Nick Warren