Self released album is a solid, remarkably varied collection of tracks that comes together in its own distinct voice

by Nick Warren
View ProfileTwitterInstagramRSS Feed
August 29, 2018 at 11:00 AM 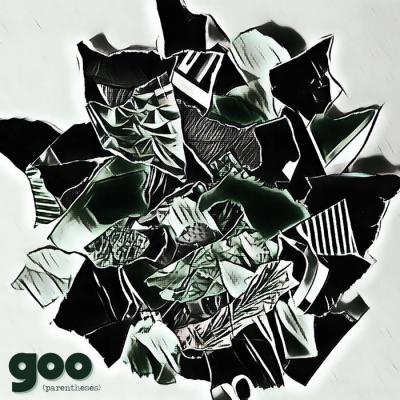 In a solid, remarkably varied collection of tracks that comes together in its own distinct voice, goo's debut album has come out fully formed. The trio from Corry is made up of singer/guitarist Matt Drayer, bassist Atom Nichols, and Eric Oliver on drums. A lo-fi blend of indie rock subgenres, parentheses has a little something for anyone who's a fan of fuzzy experimental rock built on punk and shoegaze foundations. The recording, split by Gabe Poland of Burn Forever Records and Drayer, is an intimate one, lovingly matching the tone of '80s punk (check out "eraser") and modern garage revival bands. Starting off delicately, "in" — the band name, album name and every single-word song titles are all in lowercase — has a spacey sound over a mildly unsettling, yet barely noticeable background narration. There are doses of humor, like in track four's suggestion of "you and I, yea let's be single together." Songs like "light" have a fair bit of Black Lips or Thee Oh Sees bite. There's even a smoky, psychedelic spoken-word appearance from Michael Bennet, in the aptly-named tune "fazed," as well a hidden track past the tinny noises of "out." Overall, the album stands as one of the most creative local works this year. — Nick Warren

by Aaron Mook8/29/2018, 11:00 AM
Despite flaws in the work, album takes more risks than previous release
gooself releasedparentheses