Halloween in July Courtesy of the Eerie Horror Fest

Costume party and fundraiser for the local film and gaming festival 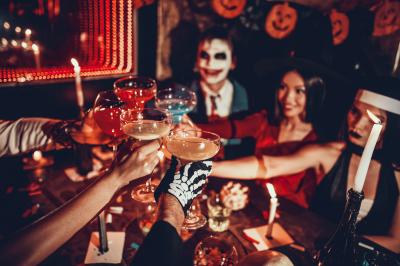 Ever get that Halloween itch when it's only summertime? Who wouldn't want to dress up now instead of nearly four months from now.

The Eerie Horror Fest via the Film Society of Northwestern Pennsylvania is making that time go by a little easier and a lot spookier.

Anyone who has been to a Film Society Halloween party knows that they have just about the best costumes around, and this july should be no exception. Featuring food, drinks, and – of course – a costume contest, "Halloween in July is a great excuse to showcase your best summer scares.

The event will also feature a beer pong tournament, cornhole and other outdoor activities, and horror movies projected in the dance party space.

With drinks from Lavery Brewing Co. on hand and presale tickets for the Eerie Horror Fest available, this should make for a great Halloweekend.