Halsey's new album draws from multiple genres and influences, yet struggles to maintain a real identity

by Nick Warren
View ProfileTwitterInstagramRSS Feed
January 29, 2020 at 11:45 AM 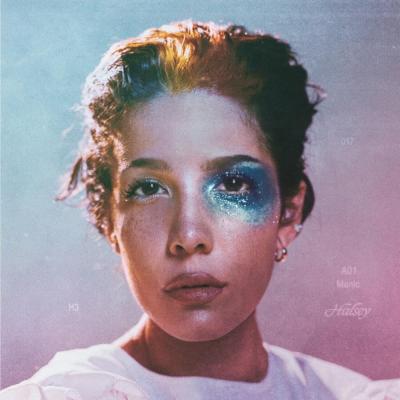 True to its name, Manic is a fairly uneven album. The third full-length from Ashley Nicolette Frangipane — better known as Halsey — draws from multiple genres and influences, yet struggles to maintain a real identity. This isn't to say that it's not without its shimmering moments. Even before its formal release, Manic was preceded by six singles drawn from its 16 tracks. First was the archetypal modern pop cut "Without Me" in October of 2018, then the acoustic-tinged, dance echoes of "Graveyard" almost a year later. Next came the jubilant "Clementine," similar in tone to tracks like Beyonce's "Hold Up," with a sample from Eternal Sunshine of the Spotless Mind heralding the track. There's the Lady Gaga-esque country of "Finally // Beautiful Stranger," and the elemental, Taylor Swift-ish "You Should Be Sad." Through it all, Halsey has a take that's refreshing and mildly empowering, but nothing feels like it's treading new ground. There are portions too cloying to go unnoticed. For whatever it's worth, it demands attention, like the listener is one of the people being called at "3am" only to go to voicemail.