The Walkmen frontman trades in his booming vocal style from the past and adapts to more of a '50s and '60s croon, tackling both joyous pop tunes and the slow sway.

by Alex Bieler
View ProfileFacebookTwitterInstagramGoogle+RSS Feed
July 9, 2014 at 9:25 AM 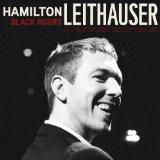 When Hamilton Leithauser was heard wailing on "The Rat" back in 2004, few were likely thinking that the frontman for The Walkmen would draw more inspiration from The Rat Pack than those angry four minutes on Bows + Arrows. That's exactly what happened for Black Hours, Leithauser's solo debut following the announcement earlier in 2014 that The Walkmen are in a "pretty extreme hiatus." Leithauser trades in his booming vocal style from the past and adapts to more of a '50s and '60s croon, tackling both joyous pop tunes on the exuberant "Alexandra" and the slow sway of "St. Mary's County." Every so often, the Black Hour's drone starts to drag, with the first sour note hitting on the slow opener "5 AM." Still, songs like the swaying, string-supported "Self Pity" show off Leithauser's crooning capabilities. For a man so tied to The Walkman, Black Hours is an intriguing look into Leithauser's solo potential. — Alex Bieler