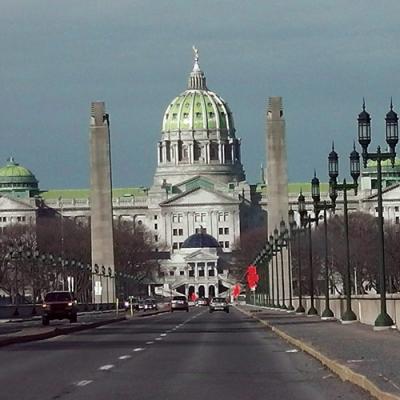 This month, I would like to explain why I recently voted in the Senate Labor & Industry Committee against a $15 million transfer from the Unemployment Compensation Fund to the Service and Infrastructure Improvement Fund (SIIF), and address misinformation presented in a recent statement by a labor organization.

This month, I would like to explain why I recently voted in the Senate Labor & Industry Committee against a $15 million transfer from the Unemployment Compensation Fund to the Service and Infrastructure Improvement Fund (SIIF), and address misinformation presented in a recent statement by a labor organization.

While the proposed transfer to the SIIF is a move that appears to have the best of intentions, there are still too many unanswered questions and unresolved issues that made me question and ultimately vote against this proposal.

For four years, the Department of Labor & Industry tapped the UC Fund for a total of $178 million for technology upgrades. That spending is now under review by the state Auditor General. All we know for sure is that money was spent and the work was not completed. That led the governor to shut down three Unemployment Compensation Service Centers late last year after the Legislature refused to transfer another $57 million into SIIF without receiving assurances that the money was spent responsibly.

It is also important to recognize that the transfer would take resources from the fund used to pay unemployment compensation claims, which further exposes it to insolvency and could ultimately result in an increased tax burden on employers and employees.

No, I simply cannot justify spending another $15 million until we receive the Auditor General's report, which is expected at the end of April, and should detail past activities and (hopefully) provide assurances that future funding will be responsibly spent.

That certainly does not mean in any way that I am not moved by the plight of workers who face delays in receiving benefits due to the governor's closure of the service centers. I believe that we can – and should – immediately infuse $3 million into the call centers for overtime. That action would be effective immediately and would provide relief to Pennsylvania's unemployed workers.

By Labor & Industry's own estimates, it will take several weeks to bring back the laid-off employees and reopen the shuttered call centers. The infusion of funding for employee overtime offers immediate relief and can provide a bridge until the Auditor General completes his report.

I would also like to comment on a recently published statement from a local union that indicated that the Erie UC office was basically gutted; and also implied that idled local workers, particularly those impacted by the closure of the GE plant, were being neglected.

The claim that there is only one employee remaining at the Erie Service Center is incorrect. The Erie call center is open and running at full capacity with two shifts going. A department official has assured me that there are six dedicated call center employees at SB 3 Business Park dedicated to serving GE unemployment needs and that they are TRA and TAA specialists.

I encourage local residents to visit my website, senatorlaughlin.com, and my Facebook page, facebook.com/senatorlaughlin/, to keep up to date with state government news – including the state budget – and learn more about state services and agencies.

Sen. Daniel J. Laughlin can be contacted by visiting senatorlaughlin.com/contact, and you can follow him on Twitter @SenatorLaughlin.