Help Ron Yarosz and the Vehicle get to Crossroads

Local musicians will play MSG this spring ? with your help!

by Cory Vaillancourt
View ProfileFacebookTwitterGoogle+RSS Feed
January 24, 2013 at 11:21 AM 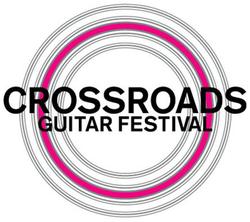 In light of Clapton's well-documented battle with addiction – a battle he won decades ago, but like all addicts, must still fight each day – the festival's proceeds benefit the Crossroads Centre in Antigua, a 32-bed drug and alcohol rehabilitation facility.

The first Crossroads Festival took place in 2004 in Dallas; in 2007 and 2010, it was held in my sweet home, Chicago. This April, it moves to New York City's Madison Square Garden, but there's a good chance that it could include some Erie flavor, if you get involved – Ron Yarosz and the Vehicle (everybody's favorite local Blues/Rock/Jam band) have entered Ernie Ball's "Play Crossroads" contest.

The rules are simple – each artist completes an informational profile, uploads a few tunes, and then promotes their entry. The top 100 artists will be then be reviewed by a panel of judges; one will be selected to perform on the MSG main stage, just like headliners the Allman Brothers, Jeff Beck, Doyle Bramhall, Gary Clark Jr., Robert Cray, Keb Mo', Robert Randolph, Buddy Guy, and (oh dear God enough already) John Mayer.

There are a number of ways to help our hometown boys – in addition to Ron, the band also features Eric Brewer on guitar, Ralph Reitinger on bass, and Ron Sutton on drums – make the drive to the bright lights of the big city. You could like their Facebook page. You could mention them in a tweet on Twitter. You could go to their profile page on the contest website and leave your name as a supporter (like I did), or you could listen to some of the tracks they've uploaded. Hell, you could do all of those things, and rest easy for the balance of the day, knowing you helped some good guys and a good cause.

What you can't do, however, is sit on your hands, no matter how cold they may be; right now, they're stuck a traffic jam of many lesser non-Erie bands, but with your help, they'll be cruising down Interstate 80 in no time en route to Crossroads!