Why the First Amendment does not protect Donald Sterling. 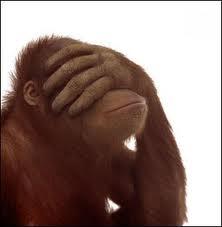 As I predicted about two or so hours ago right there on the Facebook, people began arguments in defense of Donald Sterling, claiming that his First Amendment rights had been violated. That is, he can say whatever the hell he damn well pleases because those who drafted the Amendments figured allowing people to speak unfiltered would be a good idea for us all.

Except... he owns a team that's part of a league -- and he's a representative of that organization, and if he does something damning and stupid (read: he's a racist), they stand to lose (read: sponsors were dropping like, well, whatever drops the fastest that you can think of first).

So, I've decided to post an old one but a good'un below for you to read, because it's applicable here.

Just every time you read "A&E," replace it with "NBA." Every time you see "Duck Dynasty," think "LA Clippers." And lastly, substitute "DavidSterling" for "Bearded Guy."

After all, it's nearly the same story -- just the players and stage have changed. And I don't have the time to re-write to make it applicable in this case for anyone who thinks being a racist -- in whatever context -- is okay, let alone should be protected by any U.S. law.