A trio of Erie natives will return to Kings Rook Club 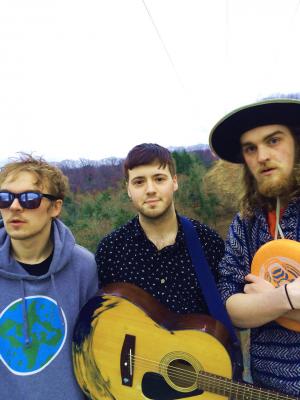 This week, a trio of Erie natives will return for one of the Kings Rook Club's most anticipated shows of the season. The now Pittsburgh-centric Mires and Barlow return with necessary doses of doom-metal desolation and noise-rock antics, respectively, and joining them will be local favorites Wave Trails, a band who regularly blesses Erie's bar scene and venues with unpredictable, psychedelic live shows.

"I'm excited to be back in Erie, back at the Rook and to see some familiar faces," says Richie Colosimo, principle songwriter behind Mires (alongside other projects). "This will be a pretty different show than the KRC's usual fare, but that ought to make it all the more interesting."

Mires appears in anticipation of an upcoming follow-up to 2017's Loom, while Barlow frontman Ethan Oliva has recently teased a new Barlow EP alongside a new solo record (his first since 2015's Findlay) later this year. If we're lucky, between the three of them, fans and Kings Rook regulars alike will be graced with some new tunes from these hometown heroes in just a few days. — Aaron Mook