Hoodie Allen: Living Up to The Hype 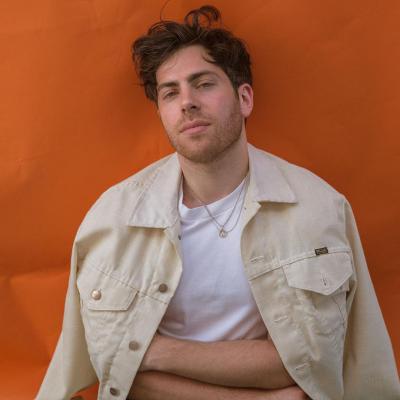 Steven Adam Markowitz, better known to the world as Hoodie Allen, has a bit of an unconventional story. After graduating from the Ivy League University of Pennsylvania, the Long Island native started working at Google in their AdWords department in California. During that same time, his hip-hop career was gaining traction. Between making music and working a full-time job at the Googleplex, his fan base continued to grow and grow. In 2011, he left the company to focus on his hip-hop work full time, and suffice it to say, he's been one Happy Camper.

The next year, he released his first EP, All American, which debuted at number one on the iTunes top albums chart. His 2014 debut full length, People Keep Talking reached number two on the Billboard charts for both Top R&B/Hip-Hop Albums and Top Rap Albums. In 2016, his sophomore album, the aforementioned Happy Camper reached number one on the Rap charts.

Despite his techy pedigree, Allen's work doesn't fall in the "nerdcore" camp. With uptempo beats that mix together an ultimately joyous, easygoing R&B feel, his albums have struck a chord with many fans. The overall tone is lighthearted, with an honest touch. Throughout his catalog, the listener discovers that Allen isn't trying to be someone that he's not, and his genuine love for making music shines through, fans forming a veritable friendship with the charismatic entertainer. In 2014 he gained an even larger following thanks to a team-up with Ed Sheeran for the single and accompanying video for "All About It," which features the two in spacesuits and superhero costumes.

On Saturday, April 21, he'll be performing at Penn State Behrend's Junker Center for the school's spring concert. Students — and well, anyone who needs it — can take a welcome respite from classes, catching an artist that promises to deliver just the kind of atmosphere they need to relax and have a little fun. — Nick Warren

by Nick Warren10 hours ago