Idles // Joy as an Act of Resistance

Band's second album is an invigorating work of post-punk energy

by Nick Warren
View ProfileTwitterInstagramRSS Feed
September 12, 2018 at 9:45 AM 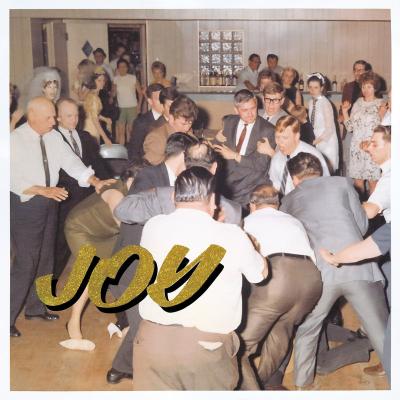 Joy as an Act of Resistance

A bombastic collection of twelve tracks, Joy as an Act of Resistance is an invigorating work of post-punk energy. The follow-up to their debut album, Brutalism, it builds up slowly with the two-part opening track, "Colossus," wherein a simple drum click grows to a caustic, metallic cacophony by the end of the first section, giving way to a fiery chorus reminiscent of Iggy Pop's "Lust for Life" if it was recorded by Metz. The musical allusions continue with "Never Fight a Man With a Perm" and its "These Boots Are Made for Walkin'" quotes. Then there's the B-list name-dropping fully self aware lyrics making a rare blend of humor, slams against toxic masculinity, and threats of physical violence. The quintet from Bristol, England have that danger, like an overeducated skinhead starting up a drunken conversation with you. The skinhead in this example is, to be clear, firmly against racial prejudice, as nearly every song is fighting explicitly against the ethos of ignorance and xenophobia with songs like "Danny Nedelko." It's a new breed of punk, one that's weird, frenetic, and a perfect rallying cry for the modern age. — Nick Warren

Murder By Death // The Other Shore

by Aaron Mook9/12/2018, 10:15 AM
Eight albums in, new release plays like a career retrospective
IdlesJoy as an Act of ResistanceMusic ReviewNew Idles Album