Murder By Death // The Other Shore

Eight albums in, new release plays like a career retrospective 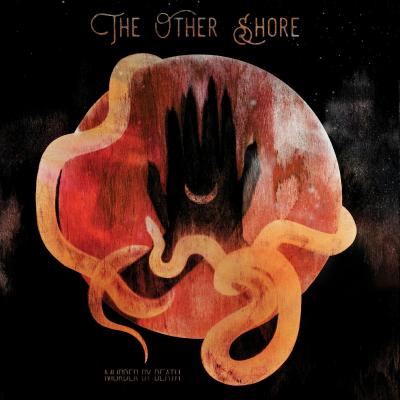 Eight albums in, it's refreshing to report that Murder By Death know exactly what kind of band they are. The kings (and queen) of goth-folk have made a career out of developing unique concept albums with a dash of the occult, delivered in a baritone that would make Johnny Cash blush. On The Other Shore, Murder By Death boldly goes the one place they've never gone before — outer space. The Other Shore plays like a career retrospective, bridging the world-building of the band's early work with the melodicism of their recent output. The detail put into sequencing here is part of why the album works; while its A-side remains safe but strong ("Alas" wouldn't sound out of place on any of the band's post-2010 records, and single "True Dark" recalls fan-favorite "Red of Tooth and Claw"), its back half confidently explores larger themes and new instrumentation (standout "New Old City" makes excellent use of synth, a sound rarely found throughout the band's catalog). The band may never go full-Radiohead while tinkering with their sound, but their best storytelling often comes from a familiar place. — Aaron Mook

by Aaron Mook9/12/2018, 10:30 AM
An insincere, self-serving, and gleefully offensive set of songs from once great rapper
Album ReviewMurder by DeathThe Other ShoreBloodshot Records