I'm Too Sexy for My Job

The Iowa Supreme Court approves of men firing women employees for being too attractive.

by Jay Stevens
View ProfileFacebookTwitterGoogle+RSS Feed
December 23, 2012 at 8:35 AM 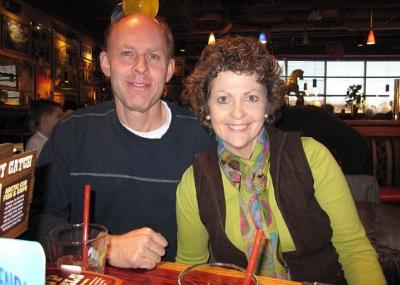 The recent Iowa Supreme Court decision that allowed a male employer to fire a female employee because he and his wife found her to be too attractive and a threat to their marriage -- even though the woman "did not engage in flirtatious conduct" -- is going to spur a lot of jokey Facebook comments. "No wonder I can't get a job!" "That's happened to me dozens of times!"

I even took a shot at it in the headline.

But when you take a closer look at the case, it gets a lot less funny. From the decision:

During the last six months or so of Nelson's employment, Dr. Knight and Nelson started texting each other on both work and personal matters outside the workplace. Neither objected to the other's texting. Both Dr. Knight and Nelson have children, and some of the texts involved updates on the kids' activities and other relatively innocuous matters. Nelson considered Dr. Knight to be a friend and father figure, and she denies that she ever flirted with him or sought an intimate or sexual relationship with him.

Dr. Knight acknowledges he once told Nelson that if she saw his pants bulging, she would know her clothing was too revealing. On another occasion, Dr. Knight texted Nelson saying the shirt she had worn that day was too tight. After Nelson responded that she did not think he was being fair, Dr. Knight replied that it was a good thing Nelson did not wear tight pants too because then he would get it coming and going. Dr. Knight also recalls that after Nelson allegedly made a statement regarding infrequency in her sex life, he responded to her, "[T]hat's like having a Lamborghini in the garage and never driving it." Nelson recalls that Dr. Knight once texted her to ask how often she experienced an orgasm. Nelson did not answer the text. However, Nelson does not remember ever telling Dr. Knight not to text her or telling him that she was offended.

Crazy. Knight essentially sexually harassed Nelson like crazy, and then fired her for "provoking" him with her mere presence into doing it.

As Scott Lemieux says, "If a fifty year-old man can't control his hormones, a woman must lose her job," and notes that it's a similar to the argument for why women should "not be permitted to serve in the military and other male-dominated industries."

"Clearly, adult hetereosexual men cannot possibly be expected to accept that they will not be able to have sex with every woman they find attractive," writes Lemieux. "The solution is to deney women equal economic opportunities."

What I find odd about this decision is that the Iowa court essentially agreed with the dentist that the woman employee was a threat to his family...but without her consenting in any way to a relationship. The court essentially codified into law the notion that a woman is responsible for sexual desire felt for her.

Knight's lawyer called the decision "a victory for family values."