While we pull more troops out of Afghanistan, Chris Christie takes on the CDC, and in Erie, nonprofits look forward to the distribution of $2.3 million in grant money for regional causes. It's time to start your week off right, so let us help you out. 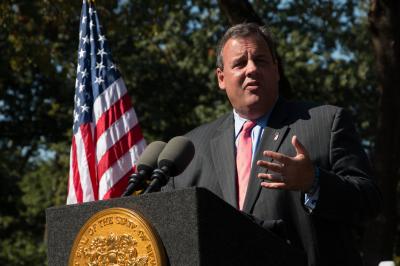 After thirteen years of military operations in Afghanistan, both U.S. and British troops have joined in the formal handover of Camp Leatherneck to Afghan forces. The base is located in the southern Helmand Province which has been a hot spot for violence for many years. With the departure of U.S. and British troops, the question hangs as to whether or not the Afghan military will be able to preserve stability in the region.

Stranded in France, migrants believe Britain is the answer

The U.S. is not the only country currently dealing with an influx of illegal immigrants as the year goes on. Calais, the closest French port to England, has recently seen increasing numbers of immigrants from Afghanistan and Sudan, most of whom have their sights set on Britain. Many of these immigrants are refugees of violent conflicts across the Middle East, and are finding life in transit to present challenges of its own.

Christie defends quarantine and jabs at CDC over Ebola

Given recent reports of Ebola cases is New York and New Jersey, it is expected that politicians will be stepping up to comment on the growing public concern. On Friday, New Jersey Gov. Chris Christie and New York Gov. Andrew Cuomo announced a mandatory 21-day quarantine for individuals who have come into contact with Ebola patients. The decision stirred up some controversy with many health officials, and Christie was quick to level criticisms of the CDC's protocols.

In the face of the coming midterm elections, Gov. Tom Corbett is being forced to meet his democratic opponent, Tom Wolf, head on. Corbett's most recent approach to combatting his trailing poll numbers is based around criticisms of Wolf's state income tax plan. In choosing this approach, Corbett seeks to play on voters' fear of change, and to act as a sort of defender of their hard earned cash. Only time will tell if Corbett has what it takes to win over voters, or if he will finally step down as governor.

In a move to stimulate the region's nonprofit sector, the Erie Community Foundation has decided to distribute $2.3 million in the form of 111 separate grants to various organizations. Common among the nonprofits to be benefited is a commitment to improving public education, as well as the institutions of programs designed to combat violence and poverty in urban areas. The two largest grants will be go to Partnership for Erie's Public Schools, and the United Way of Erie County.