In Support of The Scene

Erie is full of talented musicians. Greats bands, singer-songwriters, and creative minds engendering emotion and awareness through the prism of music in order to fulfill an inborn need to release their inner souls. 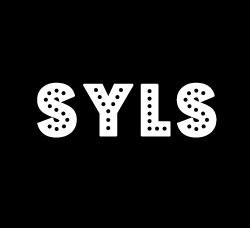 From his work with Erie Reader to the local radio show he hosts, Michael Bennett offers Erie some of the best coverage of the local music scene. In this installment of In Support of the Scene, he takes a moment to reflect on the year that was and the year that could be.

How do you quantify a year in music? Is it even possible to qualify it?

The Erie music scene in 2011 was as strong, if not stronger, as it has ever been. A multitude of acts playing a variety of venues and giving their all to provide the city with unique, intense, and unforgettable nights of live, original music.

Personally, I attended hundreds of shows. Seriously. Between the big weekend acts, the open mics, the off-night shows, and the surprise basement jams, I have seen the best, and sometimes the most mediocre, Erie has to offer. But the good outweighed the bad exponentially and everyone was better for it.

The Brewerie At Union Station and The Vermont Tavern stepped up their games and provided nights of pure original entertainment. The crooked i completed their first full year and cemented their reputation as the stage to be on. The Beer Mug held tightly to their ethos of taking on all comers and keeping the punk scene alive.

There are plenty of other, seemingly great venues, but they are stuck in a mold of too often appealing to the base instincts of the city. Giving people what they want rather than what they need. As fun as a night spent listening to a cover band surrounded by friends may be, having it be the end-all-be-all of your stage is more of a hindrance than a hope. There are too many great original bands in Erie that deserve exposure and applause over the reconditioned, bland takes on what passes for popular music.

The venues were the true spark of the resurgence of the city's scene. Without a place to play, there is no exposure. Without exposure, there are no fans. Without the fans, there is no drive to get better and play to impress as well as entertain. I've said it before, but you should take notice again: As one band gets into their set, the outskirts of the stage are populated by other musicians critiquing and absorbing the moves, modes, and music that challenges them and pushes them to be better. Or leaves them thinking, "We can do better than that."  After attending a few shows, fans can do the same. Finding their favorites, adding their two cents concerning the direction a band is taking. And the bands pay heed.

There are six degrees of separation. In Erie, there is one. The community is tight knit to say the least. It is one of the blessings of the scene. It can take on a familial feel if you allow it to envelop you in just the slightest way. Attending shows gives you entrée not only to great music but great people.

This year, for the first time in decades, bands interacted, intermingled, and pushed each other to greater heights. And the crowds that followed were treated to some exceptional nights of mixed bills, thrown together one-off acts and a true sense of camaraderie.

Great acts adorned the Erie stages all year. But there were a few bands that consistently provided mind-blowing sets. In no particular order: Mala Sangre, Is What It Is, Scarlet Ledbetter, Jargonauts, Couchriders, and The Tradesmen delivered. Time and time again, these acts proved Erie is full of talented artists seeking to explore the uncharted reaches of music and entertain.

But those were just the local acts. Sets by Buffalo's Aqueous, Jamestown's Smackdab, and Youngstown's White Cadillac showed not only the draw of the Erie stages, but also the strength of the audiences to make our humble town a destination for bands.

Hands down the best show I saw this year was from Larry And His Flask. Sons of Oregon brought intensity and energy I have rarely seen achieved anywhere. And they played here. For you.

The stage was not the only place Erie musicians proved their worth. A slew of great albums were released. Looking for a way to spend that holiday cash burning a hole in your pocket? Support the local scene and pick up any of these bands albums release in the past year: Bill Burke Trio, Shotgun Jubilee, Tom Hitt, Jargonauts, Tommy Link, Matt Boland, The Heliotropes, Johnny James And The Absolutes, Susan, Be Anthony, Falling Hollywood… The full lengths and EPs released by these bands, and others, are further testament to the talent that exists all around you.

In the next year, there are more acts and more albums set to carry on the tradition of great music. The established acts are reloading their arsenals and reworking their magic to be even more entertaining, in some cases it seems almost impossible, but I don't doubt for one moment it will happen.

But you, dear reader, play a vital role in the continuation of the scene. You must come out and see the shows. It is imperative you participate. It's all well and good to stand in front of the amphitheater and guzzle watery-domestic while a band plays, but you are missing the true essence of the music scene. Dimly light bars, with a panoply of acts, driving and striving to makes you take notice. Talent abounds and it is time you take heed. Attention must be paid.

Erie is in the most perfect position to explode not only in a local sense, or a regional sense, but on the national scene as well. Sitting at the crossroads, literally, of I-79 and I-90 allows for touring bands to make that off night stop over and see just how in tune our audiences are with great music. I have talked to dozens of bands who made their way through town this year and many of them could not believe how energetic, enthusiastic, and knowledgeable the crowd was—even on a Wednesday night.

Imagine if you will, building the solid reputation of our fair city as not only full of talent, but also a draw for talent. The names become bigger and bigger, and soon there is no need to travel two hours to see great bands—they will come to our door. As bands play the downtown bars and realize how responsive the audiences are, the word spreads. The town is put on the map, and soon the Warner Theatre and the Civic Center can host acts on their way up or even at their peak, rather than seeing the original bass player and some random session guys sullying the names of once decent bands, or at least radio-friendly bands. Imagine the possibilities.

Lest you think I am all sunshine and flowers about the future of the music scene allow me to allay those fears. And inspire new ones.

The scene is fragile. It is not self-sustaining. New blood is needed. The same acts playing to the same crowd will get old. The same people interacting over and over again will create drama and tension and bad blood.

There is ebb and flow to everything and if the tide pulls out if may come rushing back in and crash the scene against the rocks. Bands will become bored by process. The audience will fragment and everything will collapse.

I'm reminded of the only scene I remember from "Waterworld." Kevin Costner urinating into a filtration system to have water to drink. Over and over again. Relieving himself to get "fresh" drinking water. Much like the Erie scene, this can only be done so many times. Without finding a new source of fresh water, we'll all just be left going into a filtration system. After so many trips to the well, we're all just left drinking piss.