It's All In the Act

How one local group is putting the 'community' in community theater 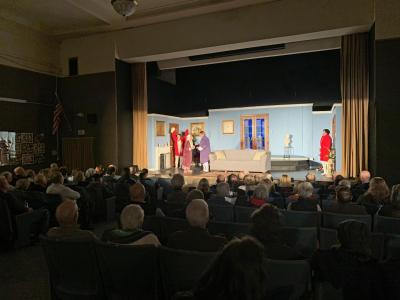 Walking into All An Act Theatre just feels like home. On a snowy Friday in November, I was able to catch the opening performance of God's Favorite. My girlfriend hadn't been to All An Act (AAA) before. "I never noticed that there," she remarked as we turned to park near their 17th Street location.

Catch God's Favorite at All An Act

Tucked away in a mostly residential side of Columbus Square in Erie's Little Italy, we saw guests make their way to the well-lit entrance a few minutes before showtime. We came in and purchased our tickets, and my date was immediately drawn to the wall at stage right.

Looking over more than 1,000 photos, framed in groups of twelve, she warmly asked "wow, are these from all the shows?" I said that yes they were, motioning behind us to the stage left wall to not have those shows feel left out. This was, after all, their 89th production.

Sharing a building with Community Shelter Services, the 130-seat theater has been operating at its current location since 2007. In its formative days, they began at East High School, their first production being Ray Cooney's Funny Money in 2004.

"We had to take the set down and put it back up every single weekend," co-owner and artistic director David W. Mitchell, 50, lovingly bemoaned. They did one show a year in those days. "Oh, there's a school board meeting? Gotta take the set down" joked co-owner and managing director Larry Lewis, 68, explaining that to this day they "are very appreciative they let us use their space."

When they opened at their current home, Lewis recounted that in addition to the Erie Playhouse with its "fantastic musicals, great production, and great history … at the time you also had the Roadhouse, Stage Right Productions, Director's Circle Theater, and The Station Dinner Theatre."

All An Act is still around, of course, along with the Erie Playhouse (who are now in their 102nd season). The Station Dinner Theatre is, too — in fact, that's where AAA sometimes rehearses, and where Mitchell and Lewis asked me to join them for a chat about their theater's history. [As for the others: Where are they now? The Roadhouse is now Basement Transmissions, AAA took over the theater from Stage Right, and the Director's Circle is now Dramashop's space].

"We thought we'd do more family-type dramas. We don't try to challenge you," Lewis reasoned, "We entertain you."

"There was a niche that wasn't being served," Mitchell explained, noting that aside from musicals and more avant-garde works, a swath of actors and audience-goers were being overlooked. "There are a lot of people that don't sing and dance that are actors," said Mitchell, "that just want to act."

And that's what seems to be at the heart of AAA. Though it began with a smaller rotating company, it's grown over the years to an extended family of like-minded thespians. "You look at the pictures on our wall from 2004, and you see the same faces," Lewis noted. "And gradually you see more faces." Actors keep wanting to come back to AAA. From an outsider's perspective, it feels like one of the warmest, most tightly-knit creative groups around. 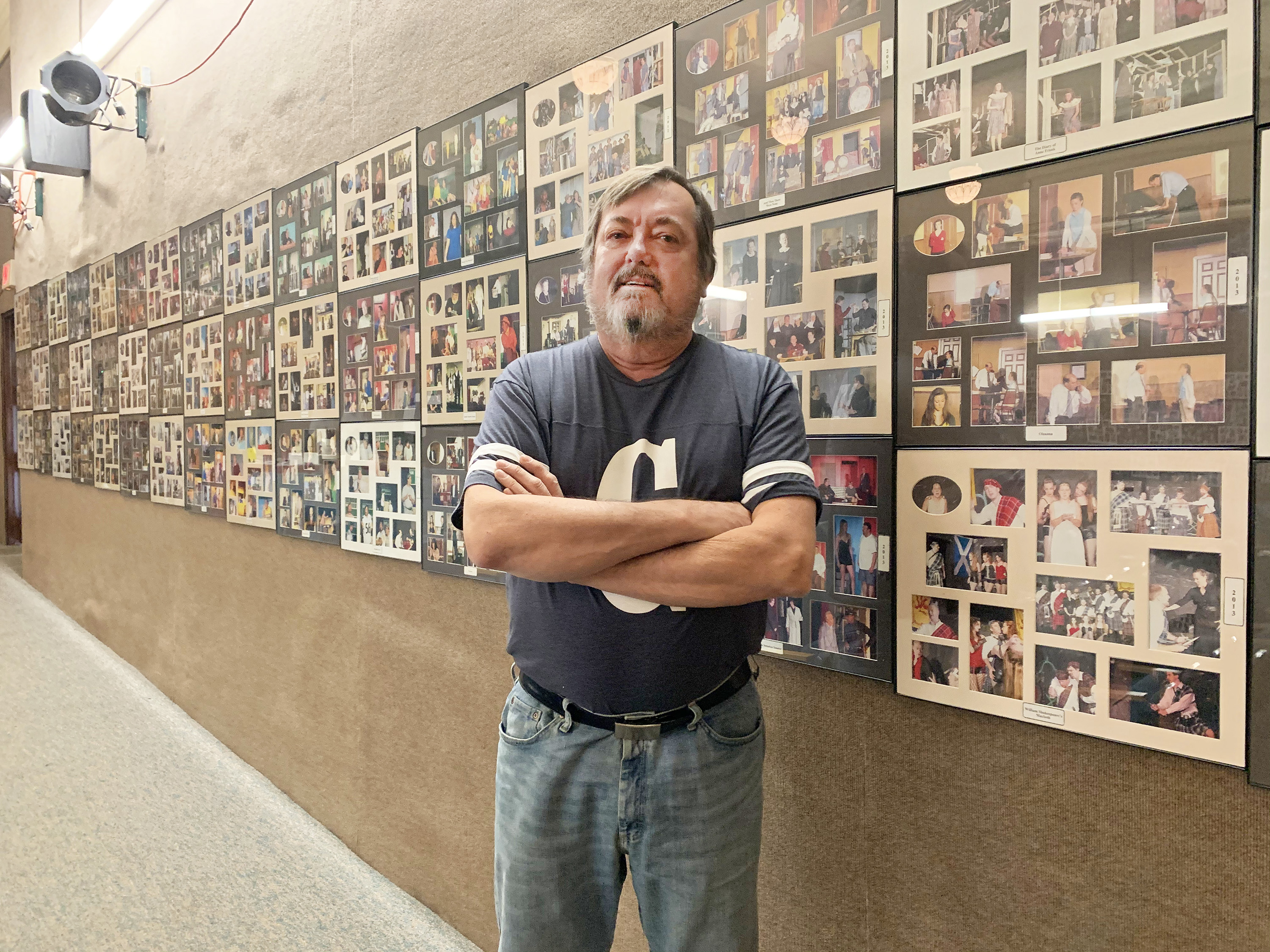 All An Act co-owner Larry Lewis stands before the community theater's wall of photos, commemorating the 89 productions he and partner David W. Mitchell have put on since 2004.

The type of plays they choose to perform as their bread-and-butter are comedies, mysteries, and farces. Some of their most produced playwrights include perennial favorites like Neil Simon (who penned God's Favorite. They opened their W. 17th Street space with Simon's The Odd Couple), Ray Cooney, and Agatha Christie. They've also featured authors such as Michael Parker, Arthur Miller, and of course, William Shakespeare. In addition, they've helped premiere works from authors like Anne Pié (See Alice Run and The Liberation of Jerome Gleason).

"We like to make them laugh or cry — or whatever we're in the mood for," Mitchell joked. "And our formula works; we've been growing every year."

"We're the best kept secret in Erie," Lewis said, echoing what he and Mitchell have repeatedly heard throughout the years.

The only local theater that is not a nonprofit, AAA is exempt from much of the funding that keeps most community theaters afloat. "We survive on ticket sales only," Mitchell underlined, laughing at the sometimes fluctuating nature of that situation.

Still, they find themselves giving to the community, having donated $56,000 to their neighbors Community Shelter Services over the years. One dollar from every admission benefits the shelter. There are days though, like Nov. 30, that all proceeds will go to that same worthy cause.

Their most recent effort proved to be an absolute delight, mixing comedy with tragedy in Simon's retelling of the biblical Book of Job. Raymond Steinbacher was commanding as Joe Benjamin, monologuing with a light Mid-Atlantic affectation in the first act, only to be weighed upon in the second. Chris Bucci was hilarious as "Sidney Lipton," cycling through impressions and manic expositions with a Robin Williams-esque fury. Ben Robson excelled as Steinbacher's prodigal eldest son, acing the sloven poetry of a drunken buffoon. Lisa Simonian as Rose Benjamin, young actors Andrew Heidt and Tori Snyder, along with Shantel Kay and AAA veteran Dave DiCola felt rightfully at home on stage, landing each joke, intermingled with a desperation caused by forces out of their control.

The play's often uneasy laughs underscored why Neil Simon is one of AAA's most regular inspirations. As the show was transpiring, I glanced around the room, to see face after smiling face.

Along with Mitchell, the production was co-directed by KC McCloskey. The latter has been with AAA since the early days, having been teamed up with Mitchell since 1998, and is house manager of AAA. She also helps run the Footlights Theatre Program, which works with young actors to present a show each summer.

Underscoring AAA's warm familial nature when it comes to participants of all ages, McCloskey noted that "when we have actors come in to work with us who are new to our theater, they constantly comment on how welcoming we are and how much they appreciate the kindness we given to everyone. That, I think, is what one of our greatest assets," she asserted. "We strive to create great art, we work to give back to our community, and we work hard to treat our actors with kindness and acceptance," she explained. "Theater is for everyone, and we work to bring this art to everyone we can."

In addition to his occasional musical accompaniments, Nick Warren has had minor roles, acting at Dramashop and the Erie Playhouse. He's currently utilizing the Stanislavski method for an as-of-yet uncast role as a Managing Editor. He can be reached at nick@eriereader.com.